For those even remotely familiar with the knife and tool industry the mere mention of the SHOT or BLADE shows is enough to get one’s mouth watering!  These are the two big knife conventions where manufacturers can be expected to roll out all of the new goodies for the coming year, and the 2008 SHOT Show in Las Vegas is no different.  Very likely by the time you read this I will have arrived there for a very special purpose!

I’ve already broken this news in the SOSAK BLOG, in the SOSAK Forum at www.Knifeforums.com and in the forum at www.Multitool.org but in case you missed it, Wenger has a new product that will be seen for the first time at this year’s SHOT Show, and it’s aimed directly at us- the SAK collectors.  Wenger contacted me directly to invite me to attend the show and help document the release of what is sure to be the absolute coolest thing to come from Wenger in a long time, and given all the cool things they’ve come out with in the last few years (Evolution scales, EVOGrip scales, Swiss Clipper, Giant, New Rangers, Alinghi), that’s pretty darned impressive! 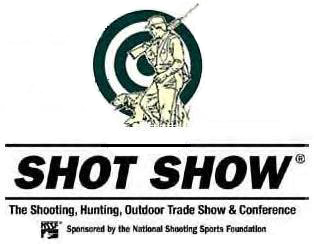 The big news is the release of the new Heritage series, which will be a limited recreation of the 1893 product line- for those not paying attention, 1893 was the year that Wenger was awarded 50% of the Swiss Army contract, and so these will be the first time these knives of this design have been produced since ALOX came out in the 60’s, and even earlier since these recreations will have chestnut handles instead of the fiber scales adopted for later models.  Of course all the fancy documentation, serial numbers, gift/display boxes etc will come along with this series, and they are scheduled to be released about one knife every other year.  At this point it is all still tentative though, and  since the first one is scheduled for release in September, there’s still lots of time for things to change.

I have yet to hear what, if any big changes are in store for Victorinox, if any, and if they are planning to announce anything concrete at this year’s SHOT Show, but they will be there, and I am pretty certain that any news they have will get into SOSAK members’ hands as fast as humanly possible!