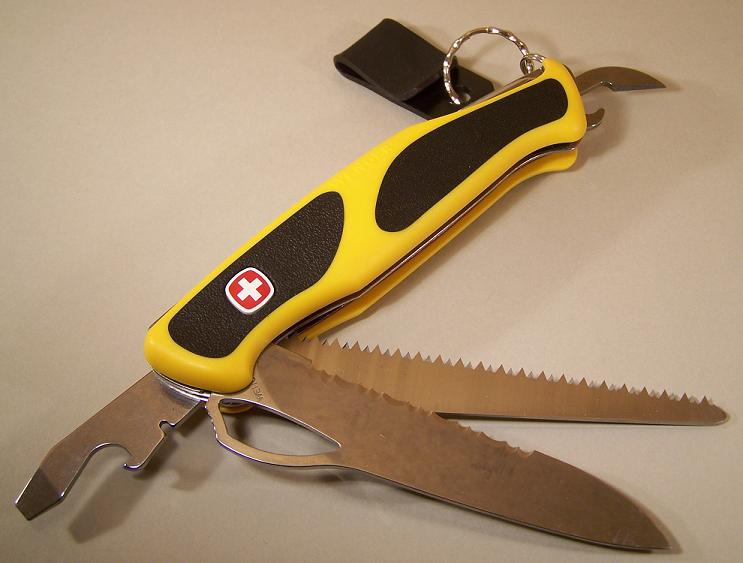 Of course I was happy to see a yellow New Ranger and would have happily taken it with the Patagonian Expedition logo on it, but not being one with the sense to leave well enough alone, I had to ask if there ere any plans to put a regular yellow model into production. They said no, which wasn't a big problem as I'd soon have a nice yellow Patagonia model to satisfy my lust.

Fast forward to a few weeks ago- I get an email from a contact at Wenger, asking for my new address, which of course I sent in, not expecting a package that would really get my attention! When I opened it up, there as a perfect, unmarked New Ranger 178 in yellow! 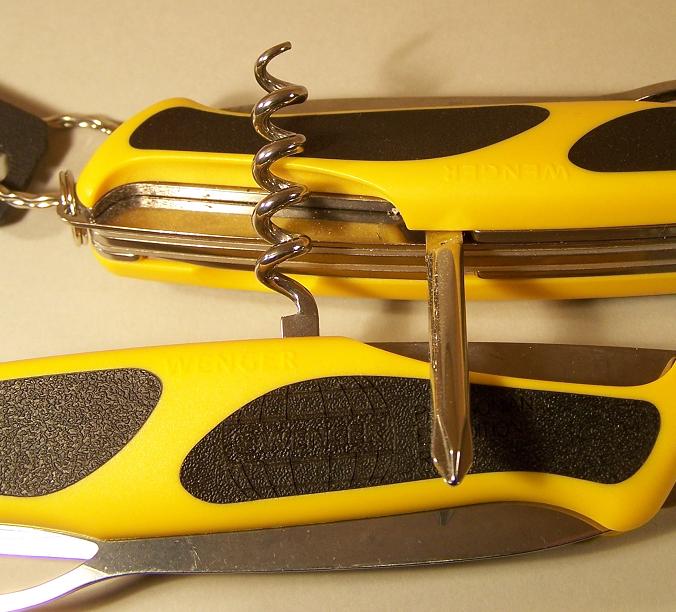 For those not familiar with the New Ranger 178, it's basically Wenger's answer to the Victorinox One Handed Trekker model, with a partially serrated, one handed opening, locking blade, bottle opener, can opener and wood saw, with an awl and Phillips screwdriver n the back side. Of course, since it's built on Wenger's 120mm frame, it's significantly larger than the Victorinox offerings which weigh in at 111mm. The extra 9mm (about 1/3 of an inch) doesn't sound like much, in reality is makes a HUGE difference, especially when using the saw, where longer is better.

Needless to say, the yellow 178 became an instant part of my EDC, and to make such a big knife easier to carry, I added a Venture Klip from Venture Tech Sheaths (LINK) to hold it upright and ready for pretty much anything. As I've carried various New Rangers and other versions of the 78/178 in the past, there wasn't much new with this one other than the color. While the color itself doesn't affect the function f the knife, it certainly does affect people's perception of it- as if somehow being bright and yellow makes it less intimidating to the various non knife people of the world at large. This is, in my opinion anyway, a good thing, as folks ho are less intimidate ill cause less of a stink when you pull it out to use it! It may not be the Swiss Army Knife they are used to seeing with images of Boy Scouts, but they'll stick around long enough to hear you go through the spiel about the to companies that produce knives.... yadda yadda yadda 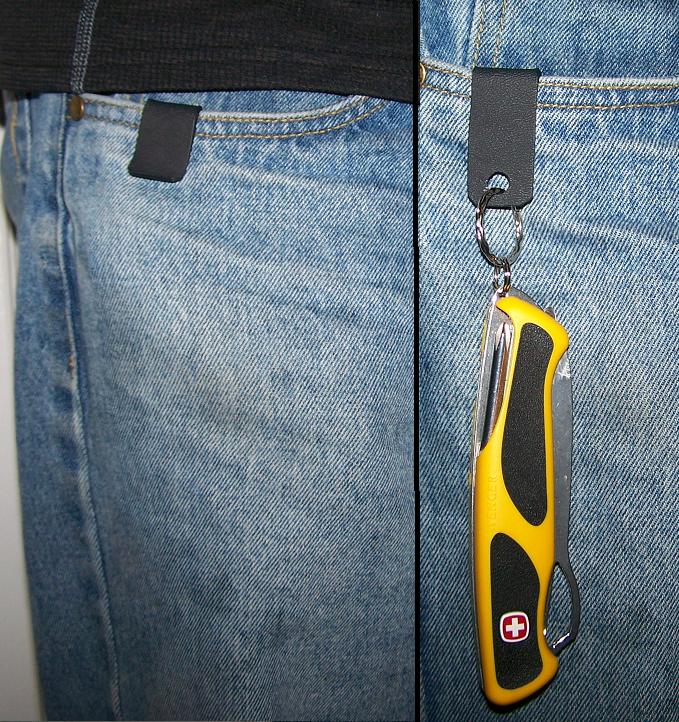 By now many of you are wondering why I'm so special to get a knife like this, and what you have to o to get one too. Well, the bottom line on this is basically that Wenger will consider a limited run of yellow 178 models, provided there is enough interest. I have yet to discuss pricing, but using the price of the Patagonian Expedition model as a base, Felinevet has them listed at $49US.

Don't send any money yet, but if you are interested in the possibility of getting one of these potential one off's, leave a message at the end of this article- if you don't see the comments box down there, you need to log in! I'll post more info as I get it!