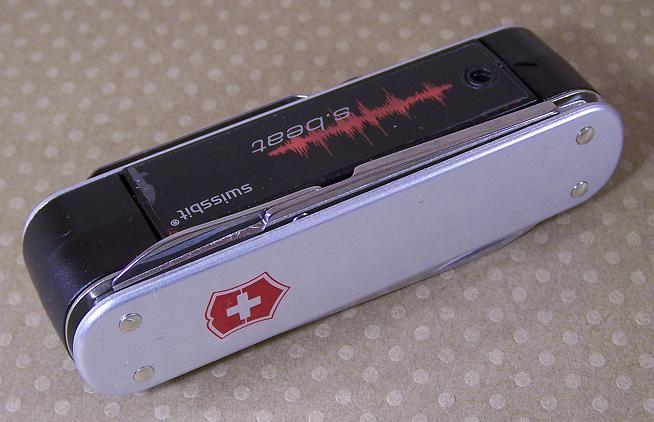 While I may be warming up to some of the electronic models, like the SwissMemory, I still can't endorse the SwissBeat models to anyone looking for an mp3 player or a SAK, but fortunately Victorinox agrees with me, which is why the SwissBeat is discontinued. That is the beginning of my interest in this model. 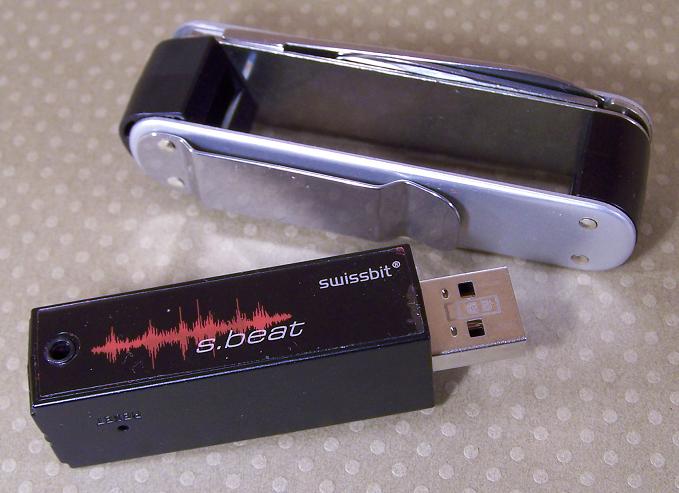 When it comes to SAKs there are certain aspects of collecting that really get my attention- OH models, military issue models and generally anything old or odd, and the SwissBeat fits into a category of oddities I like to refer to as the Black Sheep. This category is very exclusive, and is filled with models that one can't help but look at and wonder “What the heck were they thinking?” It's not often that a company like Victorinox comes up with a bad idea, and it's very, very rare that such an oddity sees the light of day, but there have been a few- notably the Sport Ratchet and AutoTool. 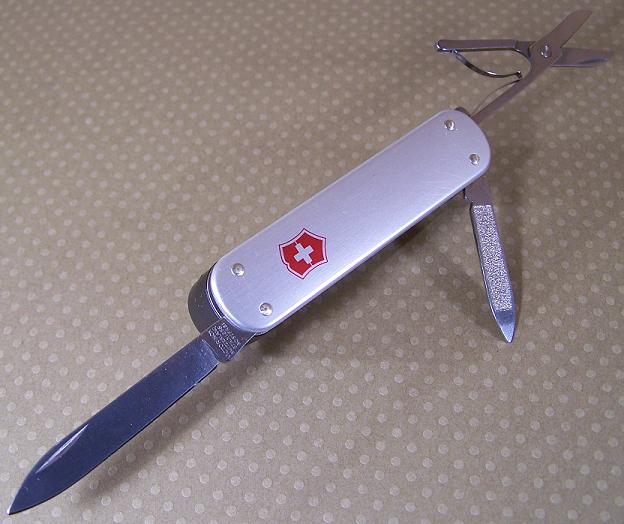 This is where my interest in the SwissBeat comes in- it's an oddity that makes me wonder what the heck they were thinking when they decided to produce it. For a traditional company, famous for it's longevity, production of such a limited item seems almost absurd- I mean, who out there still has or uses a 1 gigabyte, non expandable mp3 player? I'm going to guess that a couple of you will chime in insisting that's what you have, that's all you need and that you are happy with yours, but I have a lot of mileage on my 4g Sansa e260, which is upgradeable with a MicroSD card, and by today's standards, that's small!

By itself the SwissBeat is a decent unit. It's built on a 74mm frame, and is similar to the Money Clip model in that it has a clip attached to one ALOX scale, and also features a blade, nail file and scissors, with a fairly large memory module in the middle. The module can be removed so it can be plugged into your computer like a standard flash drive, which is also how you charge the internal battery. Since the TSA would frown on a SAK on board a flight, there's a protective cap for the USB plug so you won't damage it while carrying it without the knife attached. 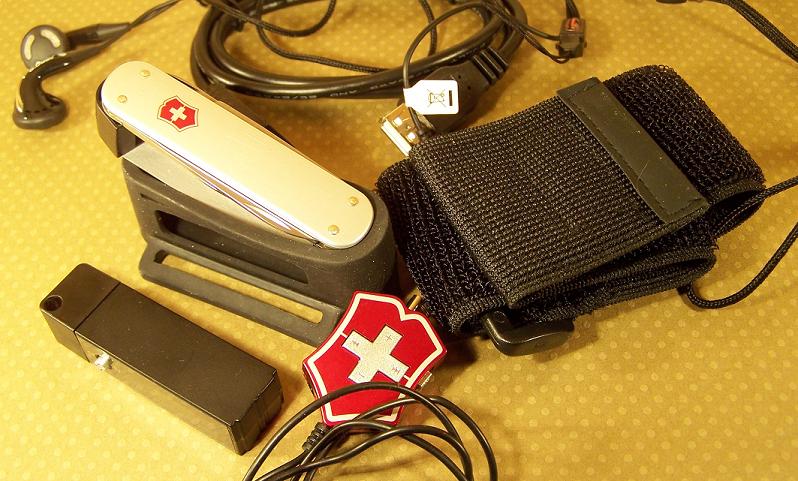 While they may occasionally release these oddities, one can at least expect quality, and Victorinox is a class act all the way. In addition to the pocket clip, the SwissBeat models also come with a strap and holder so the SwissBeat can be worn around the bicep like many more traditional mp3 players, and it also comes with a nice set of SwissBeat earbud style headphones and a remote headset switch in the shape of a Victorinox shield. While I still think it was a silly idea, it was at least a silly idea that was done as well as could be. 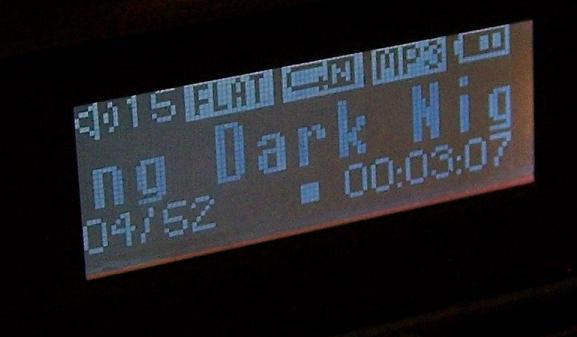 The readout on the memory module is small, but readable, showing all the info necessary, and as with many of the electronic scale models like the Voyager and Altimeter, there's an awful lot of functionality in the one simple button. As far as an mp3 player goes, this one is an excellent setup, although as I pointed out earlier, is very limited, which is something you don't want in modern technology.

For the collector, there were SwissBeats issued in 512mb, 1gb and 2gb models, but I think I'll content myself with the 1g model!