If there was a multitool of the year award (something I have strongly considered doing on Multitool.org) then the first year the Spirit was released, it would have taken the top prize. It was perhaps the first multitool that was a “must have” for virtually everyone, and generated more interest and excitement than any other tool had at that point, and perhaps has since.

Still, despite it's popularity, there were complaints about it, most notably the “peanut butter blade” which many users and collectors disliked. The cry for a more standard SAK style drop point blade was virtually unanimous, and eventually, Victorinox responded with the Spirit S model. Of course the S wasn't perfect either, as Victorinox replaced the scissors with the drop point rather than the peanut butter blade, meaning that while Victorinox had tried to appease their customers, they had missed the point.

Now, several years later, Victorinox has managed to release the model that everyone has been after for years with the new Spirit X model, which retains the scissors from the original and replaces the peanut butter blade with the drop point that everyone wanted.

The interesting thing is, Victorinox introduced this model without telling anyone. In fact, at this year's SHOT Show, when I asked top execs at Victorinox about when they were planning to bring the X to North America, they were at a loss, and didn't even know of the existence of such a tool! Needless to say, when they saw how excited I was about the Spirit X, they had to find out more. 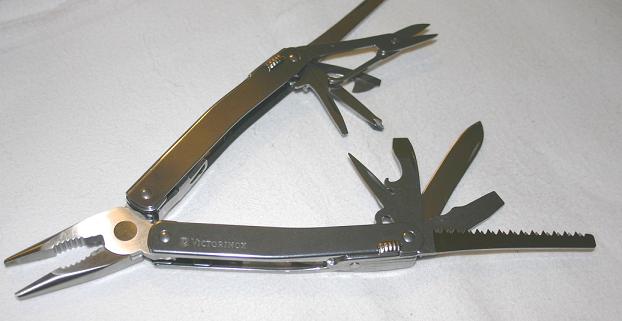 Now, SOSAK members are getting the benefit of having first crack at the new Spirits as a special thank you from the folks at Victorinox. Our old buddy and head supplier here in the Secret Order, Tim at Felinevet is offering them to members for a special introductory price for a limited time, send him an email or see his store for details on how to get yours while you can!

Look for a full review of the new Spirit X coming soon!