We had a great response last month to the Soldier donation drive, so we are going to do it again this month, but with a couple of interesting twists!
First and foremost, I have added a Canadian address to support Canadian troops in addition to the US troops that we have always helped out in the past.  Any donations you’d like to see in the hands of Canadian troops can be sent to me and I will make sure they are routed through proper channels.  I sat “I” as if I had much to do with it, which isn’t really the case!

This of course brings us to the next point- one member in particular has done all the legwork on the Canadian donation conduit for us, and who is well known to anyone who regularly checks the SAKivity pics, PTHYCRPG is responsible for making donations to the troops worthwhile on yet another level!

For those who don’t know, PTHYCRPG is actually an acronym for the Port Hardy Canadian Ranger Patrol Group, also known as Rick Kirkpatrick and he was the first person I contacted when I thought about adding my own “home and native land” to the donation drive.  Rick came through with all the info we needed to set it up, and he also offered a bit of an incentive to get everyone’s blood pumping! 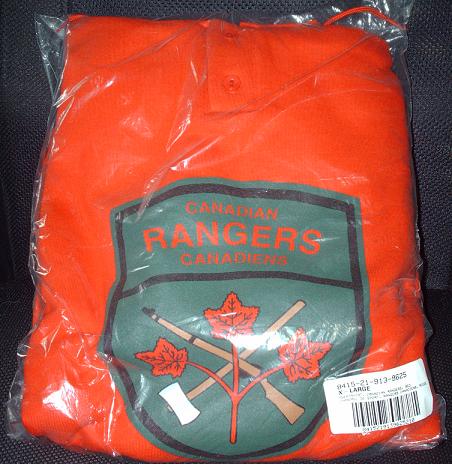 Thanks to Rick, we have a XL Canadian Ranger sweatshirt that we’ll be giving to a lucky member- everyone who donates (or already donated) between December 1st and January 31st will have their name put into the draw, and the member whose name gets drawn, wins the sweatshirt!

Naturally the donation doesn’t have to be a SAK or SAK oriented- it could be all kinds of things- batteries, lights, drink crystals, anything at all that a soldier in the field may want, need or just appreciate!

Items can be sent to Pete in the US at:

Or to me in Canada at:

Even though there’s a prize involved for members, this is one of those times when everyone wins!