It's been a month now since we launched EDCSource and it's been a success so far!  There have been over a hundred different auctions listed and I've managed to fill some holes in my own collection as well!

Many of you may remember a few months ago I mentioned that I needed a Master Electrician to go with my Master Gardener model, both being a limited run initially for Smokey Mountain Knifeworks, and eventually sold through other avenues as well.  Unfortunately I didn't manage to get to Felinevet's Shop in time and I missed out, so when I saw this one listed on EDCSource.com I knew I had to grab it!

It's brand new in the box, and as beautiful as the day it left Ibach!  The yellow scales are perfect without a mark on them and the implements are virtually untouched.

For those not familiar with the Master Electrician, it features an electrician's blade where the standard small blade would be, large blade, pliers, LED light, in line phillips driver, can and bottle openers on the front, and another phillips driver on the back and a flathead driver with no awl.

These initially came out a few years ago, and more info on it and it's sister model the Master Gardener can be found on SAKWiki.com.

Another goodie I got this month from a seller on EDCSource is a new Rescue Tool.  I already have three variations, and this was a fourth I was missing.  The models I had already were the old style hole/lock mechanism version, the black scaled version and the cheap knockoff that are so popular on eBay these days.

The newest addition is the same as the original, only with the new hole and lock mechanism.  I have been looking for one of these off and on for some time but have been leery to buy one because of the sheer volume of knockoffs out there.  Of course Felinevet is always a viable option for Rescue Tools and pretty well any other SAK one could ever want, but when I saw it come up on EDCSource, I grabbed it.

On the way I have a nice red ALOX money clip and matching red Fisher Bullet Space Pen in a beautiful gift box, but at the time I write this, it has yet to arrive, so no photos of it yet.

All in all I am quite pleased with the first month of EDCSource and the great purchases I have made from people who I know are serious collectors as well, and I am amazed at some of the cool items that have been put up for grabs already. 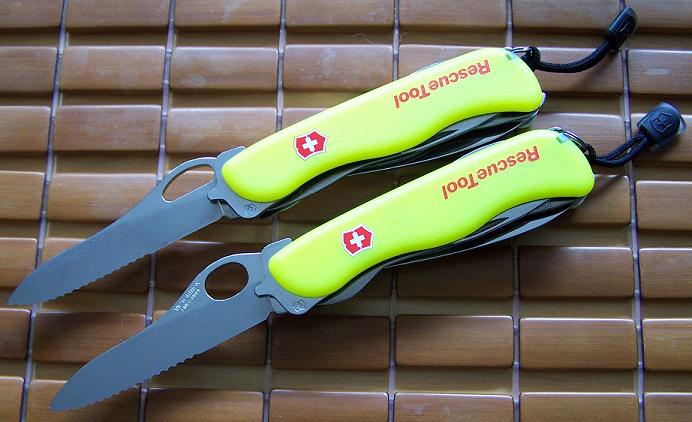 I'd like to thank those of you out there that have helped to make the first month great and welcome those who will step forward to make the second month even better!