Continuing on with the ALOX theme this month, may I present the Scibeer HAIII ALOX Stalker? This Scibeer custom will be one of the last mods available from Scibeer, as he is retiring from SAK modding. I'm sure I speak for all of us when I not only heave a sigh of disappointment at the end of a SAK modding era, but also when I wish Bill well in the future with whatever he does next. Bill, your mods are excellent, and should you ever come out of retirement, I can guarantee you at least one fan will be lined up! 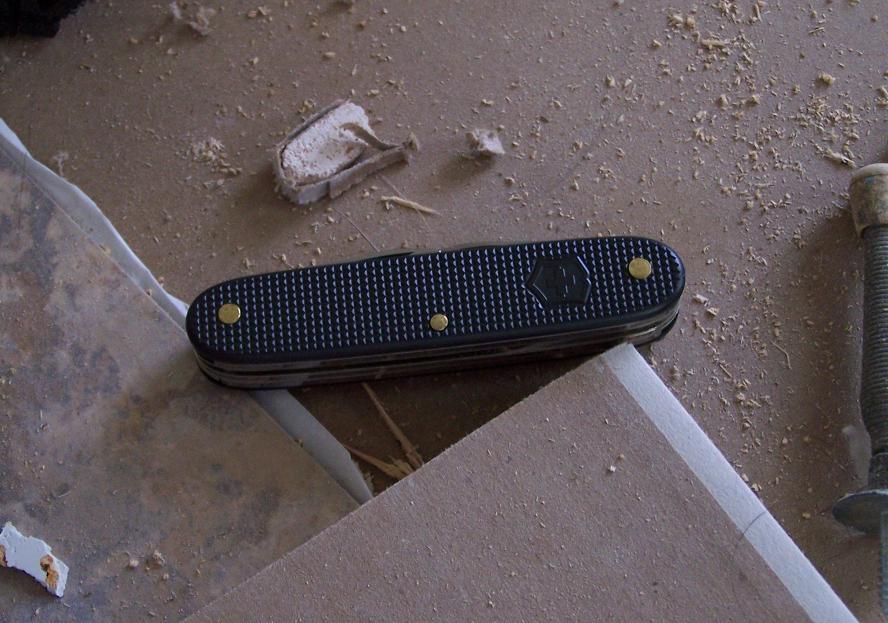 It's been a colored ALOX extravaganza lately, what with the blue Pioneers and orange Farmers, and this month I'm adding a brown ALOX Pioneer to the collection! 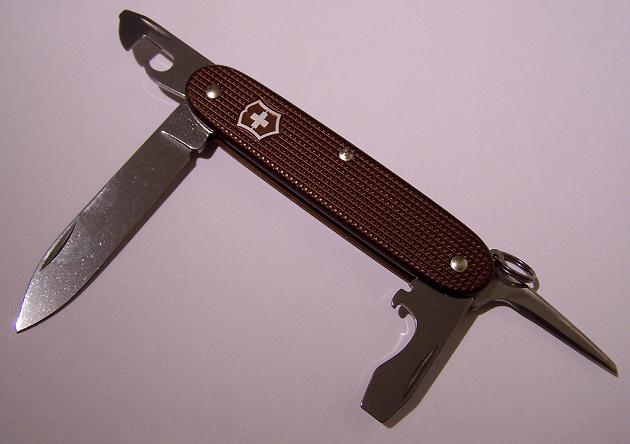 Acting on a tip from frequent SOSAKOnline contributor, I managed to get my hands on this beautiful old AMEFA Dutch Air Force Knife from 1965. Tragically when it arrived it was, as are many old knives, rusty and seized shut- I've had nail breakers before, but the only way I could open this one was by using a screwdriver in the nail nicks to pry them open, and even then they put up a good fight. 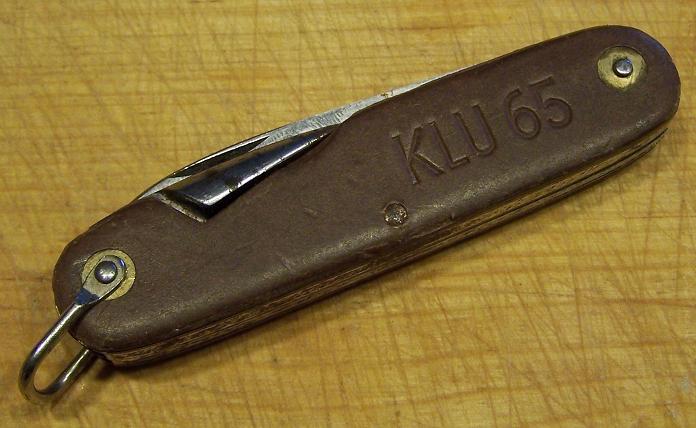 This knife is the Soldatenmesser Model 51 with red Grilon scales (Grilonschalen). According to records, Wenger started making knives with Grilon scales in about 1951. These red scaled knives were made from 1951 to 1972 or later. These knives are not manufactured by Elsener. In 1961, Wenger also brought in the new red-anodized aluminum scaled knives, but as with most model changes, there was a transitional period. In this transition period, the remaining model 51’s were dismantled, but you can still find brown fiber grips made until 1964 or later.

It's hard to believe that it's been five whole years since I started this website. In those days I had no idea what I was doing, and even less idea of what I wanted to accomplish. To be honest, these days I still have no idea where the idea is going to end up, but at least I have a direction now, and I'm enjoying the ride!

Members of the Official Victorinox Swiss Army Knife Collector's Society will spot a familiar name in the latest newsletter- VSAKCS president Dan Jacquart has published a quick review of the 2010 SHOT Show that I submitted to him recently.

With all the colored ALOX models we've been seeing lately, does it come as any surprise that there's two more this month? And, if it does, well then be aware that next month, there'll be even more, as I already have at least one new model on order- if you want to get in on it, or for more details, send Tim a message at This email address is being protected from spambots. You need JavaScript enabled to view it. and in the meantime I'll get the juices flowing with some photos of the recent arrivals! 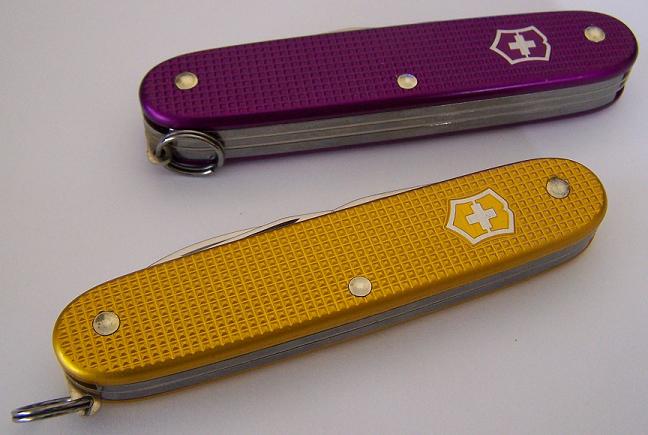 Hello, my name is Grant, and I EDC a Wenger. In fact, I have several Wenger models in my EDC rotation, as you well know if you check out the day's SAKtivities. While I tend to gravitate towards newer Wenger models like the S557 or New Ranger models, there was another model that started it all- the Wenger Adventurer. 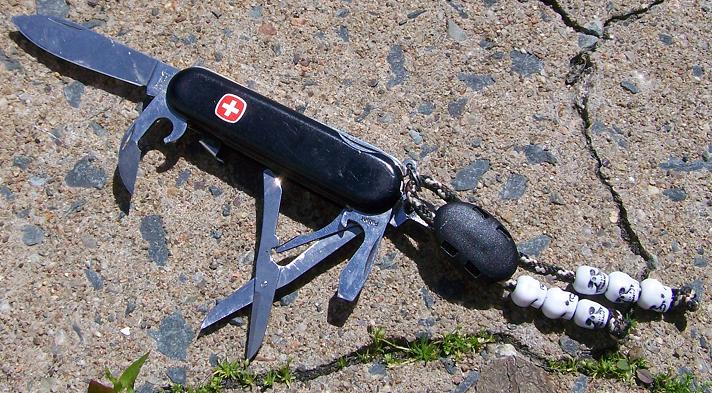 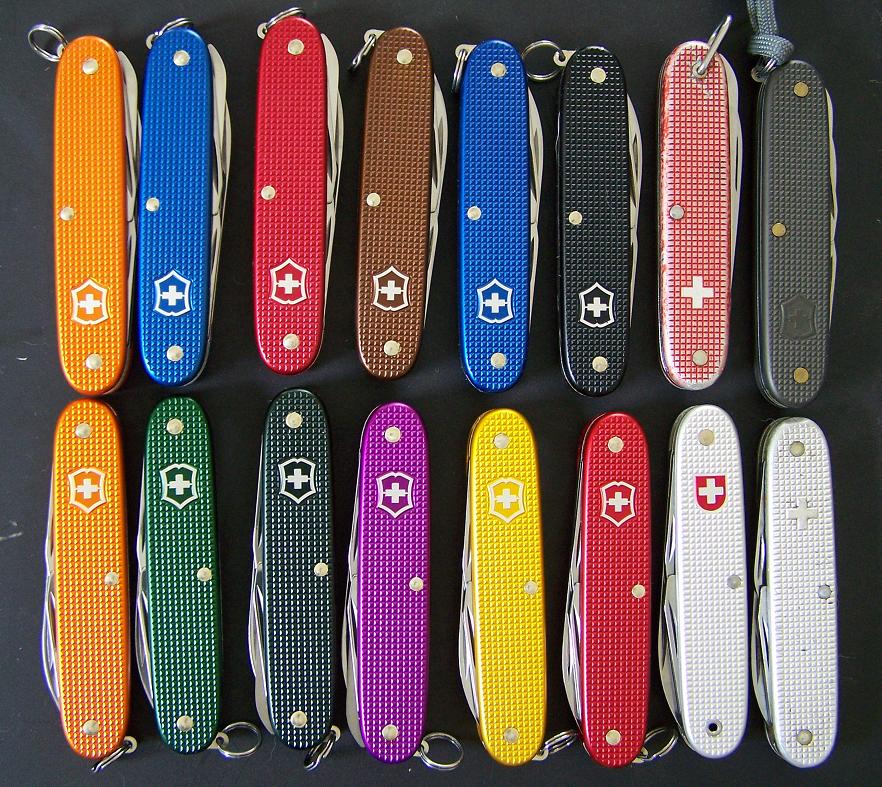