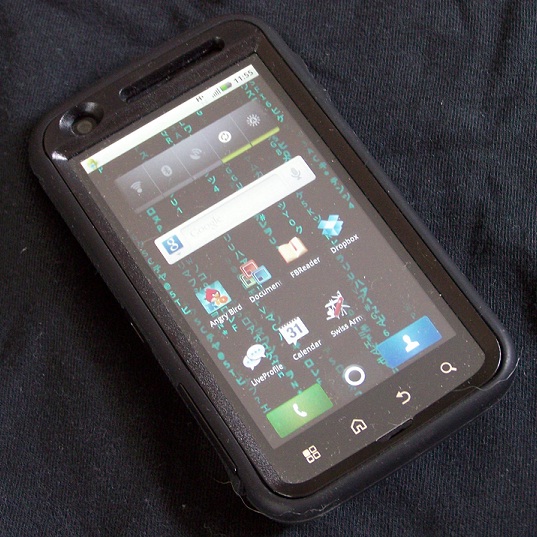 I recently upgraded to an Android powered phone and when I saw this so called Swiss Army Knife app in the Android Market I knew I had to have it- and since it was free that made it a lot easier for me to pull the trigger on it! Initially it looks cool, with a small SAK icon- in fact it’s a ??? model from Victorinox, and if you look close enough you’ll see the shield. I imagine that’s a bit of an infringement, so it may not be there for long, so if you have a Droid, get it while you still can!

Opening the app up and you see why it’s called Swiss Army Knife app- it’s not just one thing, but a multi function app that has a bubble level, stopwatch, countdown timer, ruler, flashlight and compass built in! So how do they all work you may ask? Here’s a breakdown: 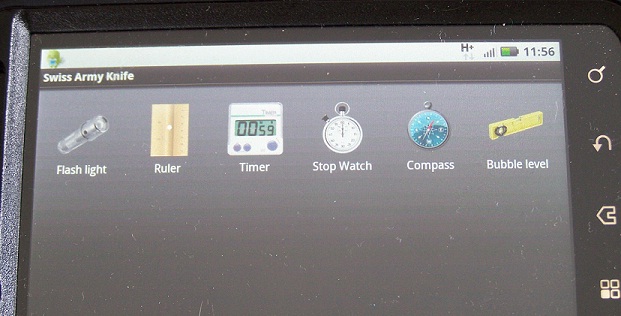 Ruler: This is a hard one to make for a device like this since it has to function on a number of different sized screens. Because of this the ruler takes a bit of calibration, which is easily done by selecting the calibration function and laying a measuring tape over the screen then adjusting it until it matches. How useful a 4 inch ruler would be I really can’t say, but then Vic seems to think they are since they put them on some SAKs! Of course Tablet users may get more function out of this feature! 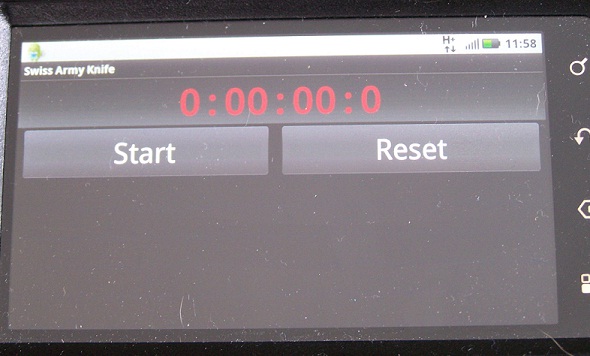 Flashlight: The camera on the back of my phone has a flash, and many apps light that up as a flashlight function. While that makes sense, not all phones have a built in flash, so the programmer went one better. Flipping on the “flashlight” app means the screen turns completely white, allowing a small area to be lit up- not too shabby if you ask me, since I usually use my e-reader software as a light!

Compass: The compass passes muster, but I had little doubt of that since it uses the built in GPS functions to correct it. At any rate I tested it out against a dedicated GPS and a standard compass and it worked quite well! Out in the woods though I would much rather have a regular compass since it’s not dependant on batteries! 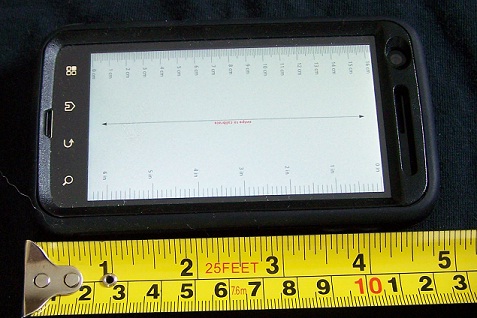 Timer: I have a small magnetic timer in my kitchen that I hate with a passion. This timer function is easy to set, easy to silence and easy to reset. I won’t be going back to that annoying little timer any time soon.

Bubble Level: It was only a matter of time- when phones started being built with accelerometers it was inevitable! The bubble level function works quite well, but you want to make sure to calibrate it before use, especially if you have a case on the phone like I do.

All in all it’s a very worthwhile app, and the price is right! If you are a Droid user and SOSAK member, this is probably one you should have, just on principle if not in function!