For over a year now I’ve been running EDCSource as an alternative to the Big Guys and all of their increasingly overbearing rules and fees. I felt that people deserved a market where they could buy and sell knives, tools and outdoors gear in an open, friendly environment and we’ve had at least some limited success with it so far.

We’ve seen some sellers that we know well, like Tim, aka Felinevet move over there, and we’ve seen some sellers that we don’t know show up as well. The word is getting out that EDCSource is a great place to do business, but “good enough” has never been good enough for me, we are heading to the next level! That’s right, we are starting to advertise! 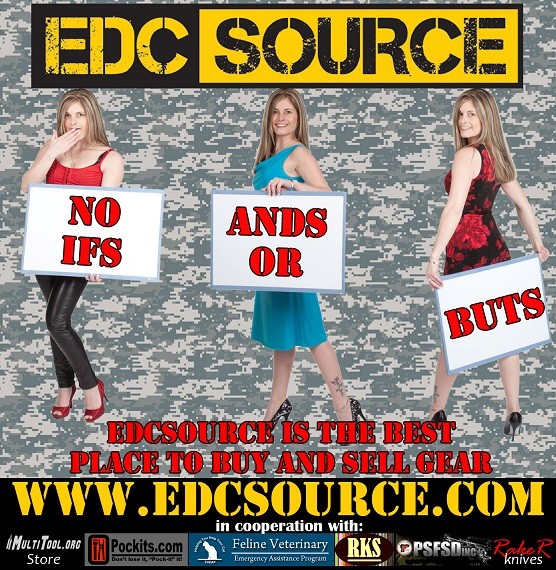 Over the course of the next six months we’ll be running a 1/3 page, full color ad in Tactical Knives magazine, but I thought I’d take this opportunity to give everyone a sneak peek at the ad that will be on newsstands on (or about!) July 26th, 2011!

There are some other surprises in the works, so stick around to see what we have in store (no pun intended) to make EDCSource the premiere place for gear, gadgets and supplies!