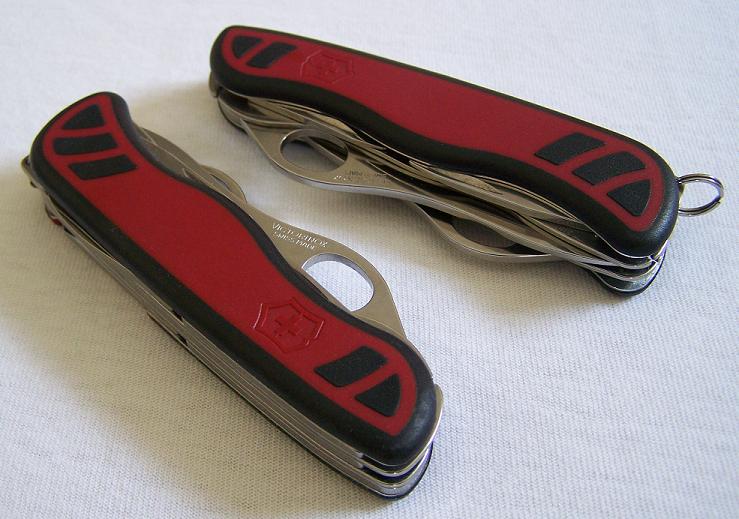 I'm a huge fan of the 111mm frame, as anyone who has seen my Trekker variant collection will easily believe, so naturally I had to get the Dual Pro and the Dual Pro X when they came out, regardless of how I felt they might actually feel during use. 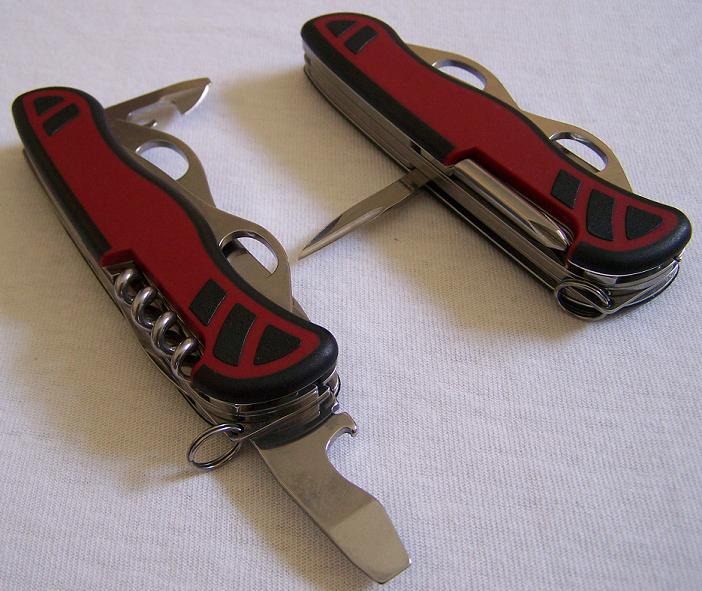 When I got to hold and play with them at the Victorinox booth at last year's SHOT Show, I didn't really get a feel for the design- yes, you feel the opening hole, but how would it really affect the regular use of the knife? After all, the opening hole on the One Handed Trekker, Fireman, Parachutist etc doesn't really get in the way when using other tools, right?

I'd intended to write a review of the Dual Pro shortly after I got mine, but thought if I did it right away folks would think I was just hyping up the latest weird design. Well, that's not the case, and I've put a reasonable amount of mileage on the Dual Pro just to prove a point. 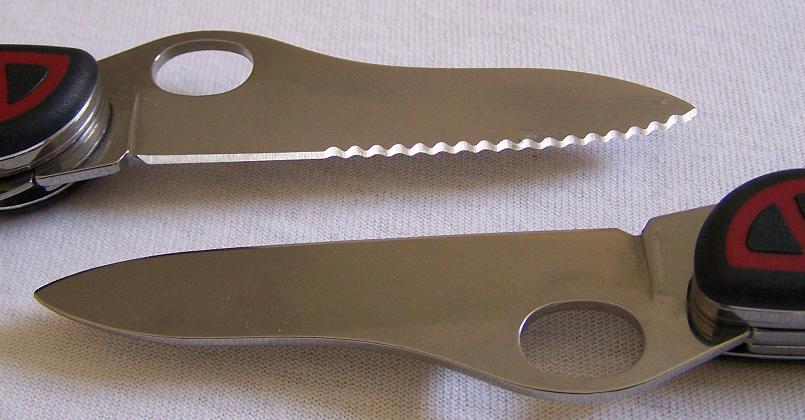 After carrying and using the Dual Pro for a couple of months I can honestly say that while you can indeed feel the second blade under your fingers, it actually doesn't get in the way. I had the same feeling years ago when I got one of the initial runs of Spyderco Dyad, a knife with a plain edge blade on one end and a serrated blade on the other. Unlike the Dyad though, the Dual Pro also has an additional layer for a can and bottle opener, which helps to even the protruding blade opening holes out. 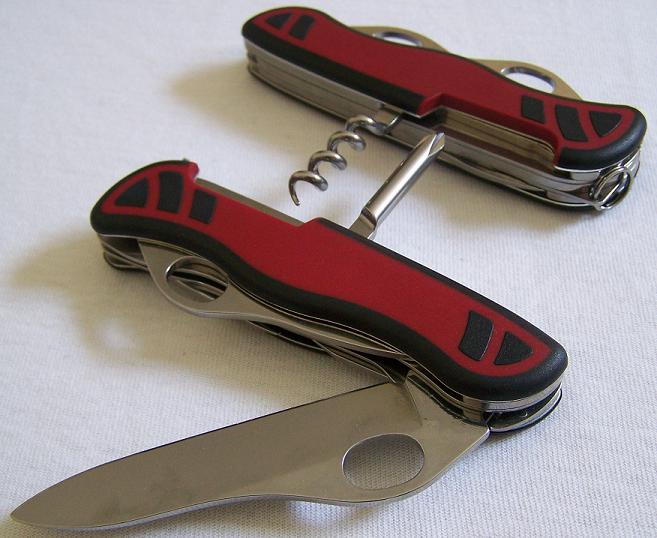 In case anyone doesn't yet know the difference between the Dual Pro and Dual Pro X is that the Dual Pro has the partially serrated main blade and a corkscrew, while the X version has the phillips driver and a plain edge blade. Frankly, between the two, I prefer the plain blade since the curved blade is serrated anyway, so it's the best of both worlds. However, rather than simply carry the X, I prefer the corkscrew on the standard.

The long and the short is that I am actually pretty happy overall with the Dual Pro and the X and I feel pretty certain that either model (or both!) would serve anyone's needs very well for many years.