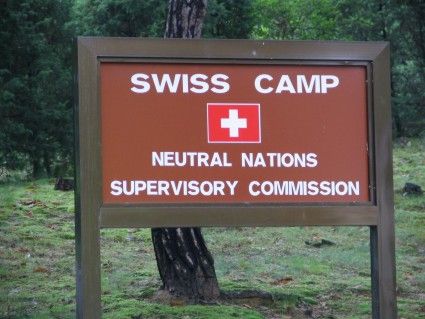 Major General Gerhard Brügger, commander of the Swiss mission in Panmunjom. Says "This is a real danger here and it shouldn't be underestimated."
Major General Brügger and four other Swiss officers currently live and work with five Swedish colleagues just a few meters away from the JSA (Joint Security Area). For over 54 years, Switzerland has been present as part of the Neutral Nations Supervisory Commission (NNSC). The five Swiss soldiers have no weapons. They are both observers and diplomats. The Swiss mission has no idea when its work will be over. 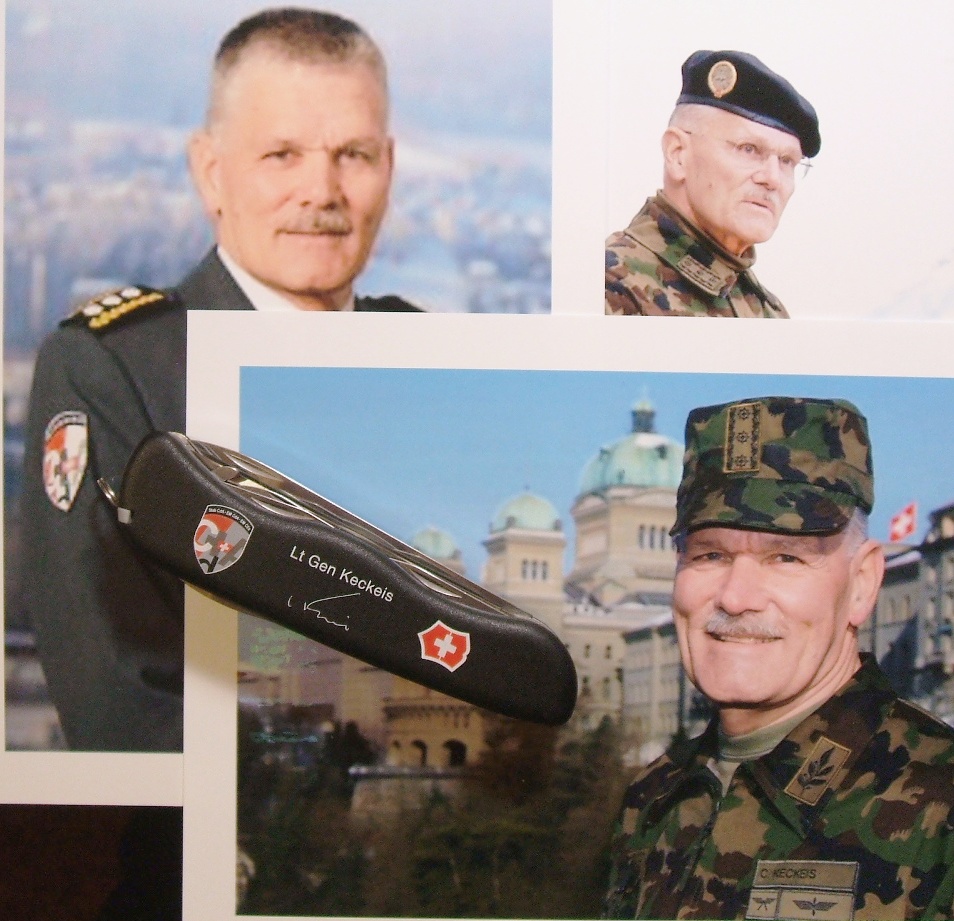 Here is the information I got about the 2006 Christmas knife.
1. There is a letter is from the Bundespresident (Federal President) at the Christmas 2006 meeting. One of the seven Ministers who is in charge for that year. This letter was given to all the Swiss Army members who do their tour of duty outside of Switzerland at the Korean Border for the (NNSC) Neutral Nation Supervisor Commission. Since the responsibilities of the NNSC have been much reduced over the past few years, there are only about five Swiss soldiers sent to the D.M.Z.

2. Lt. Gen (Korpskomandant) Christophe Keckeis was the Chief of the Swiss Army in 2006. This is a "personal” Christmas gift from him, to his Army personal that served in the peacekeeper’s role in Korea.
Lt. Gen Keckeis was the Chief of the Swiss Military from 2004-2007.  He is not a General (but if there would been a war, then he would have been the #1 candidate). As far as I know, this function as Chief of the Army has existed since 2005. The Korpskomandant has three “Stars”. In the Swiss army it is not a Star, it is the Enzian Flower. Only during a war would a General would have four. The emblem on the scale is the CdA (Chefs der Armee) or the Staff to the Chief of the Armed Forces. 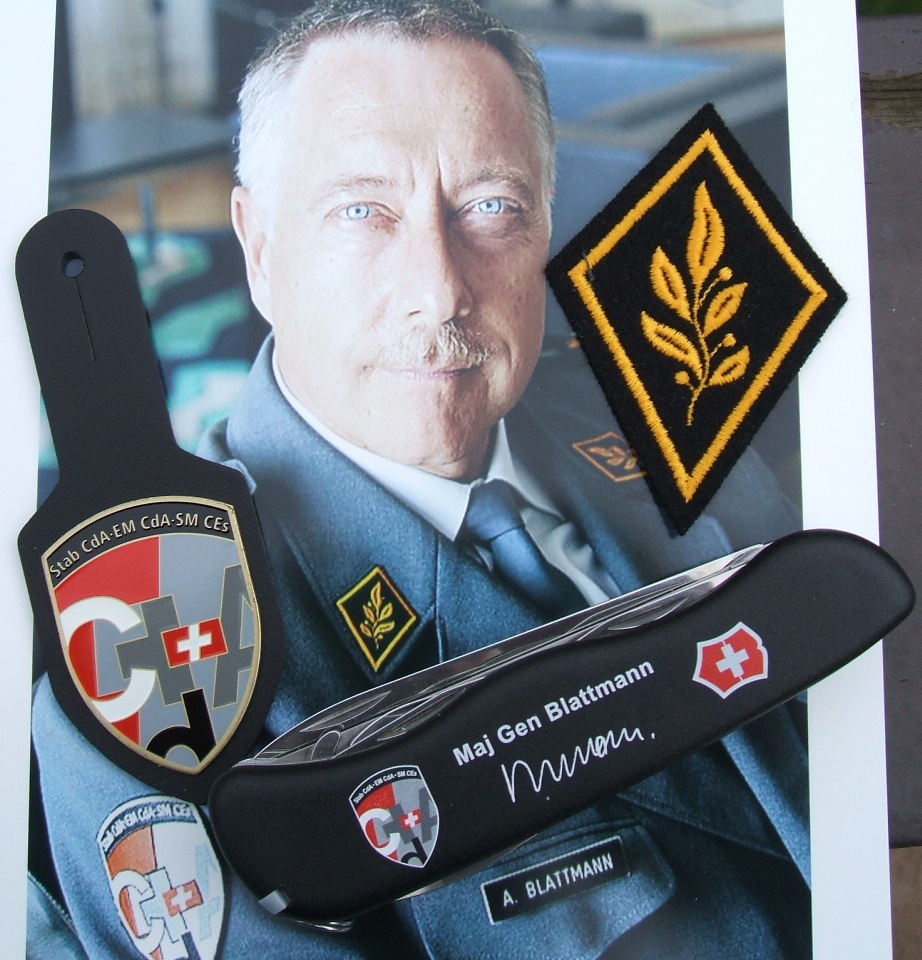 His 2008 Christmas gift of a Victorinox Outrider appears to be a continuation of a new tradition. One knife would be near impossible to find. Finding two knives is impossible. With the standard length of time in Korea a 2 year posting, what does a person have to do to get the next 2010 Christmas present? 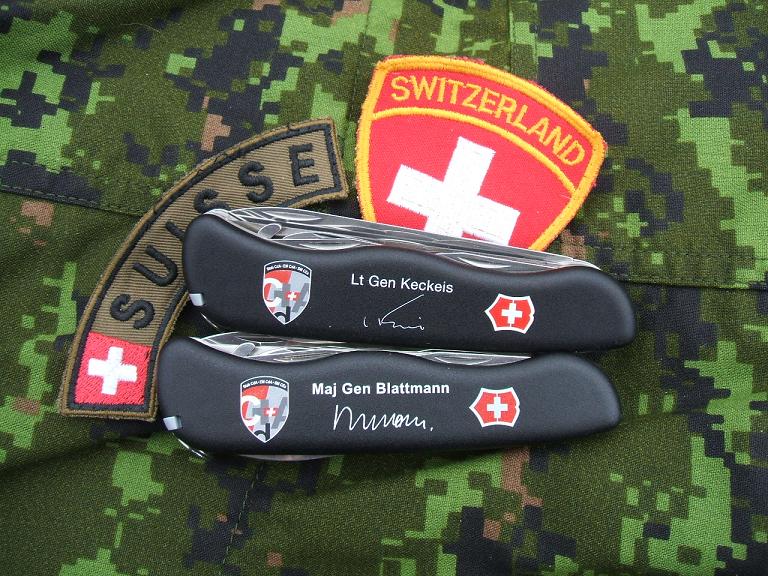