As far as I'm concerned, the best scissors ever included on a SAK bar none are the big Wenger folding ones like those found on the NewRanger 172. Not only are they built strong and sharp, they also are comfortable to use thanks to the well designed folding handle, which offers plenty of leverage. They are far more capable than the little scissors found on most SAKs. No clam pack or heavy cardstock is safe with these babies around!

Now contrary to what you may think, these big folding scissors did not come out at the same time as the NewRanger series did in 2007. In fact Wenger first offered them about a year or so prior to that in their Model 14 Ranger: 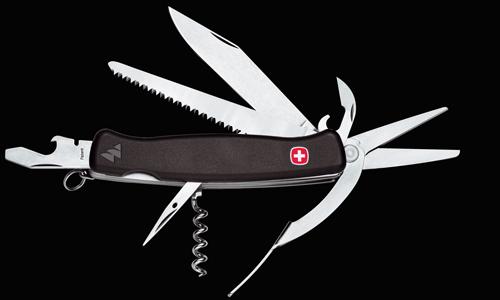 But like other side-lock Wengers, the Model 14's were made in only small quantities, and most were apparently sold in Europe. At the same time, a flashier version with the same folding scissors and blue translucent scales was produced. Called the Mountaineer Ranger, it is shown here in a 2005/2006 Canadian catalog. (catalog photo thanks to ICanFixThat) 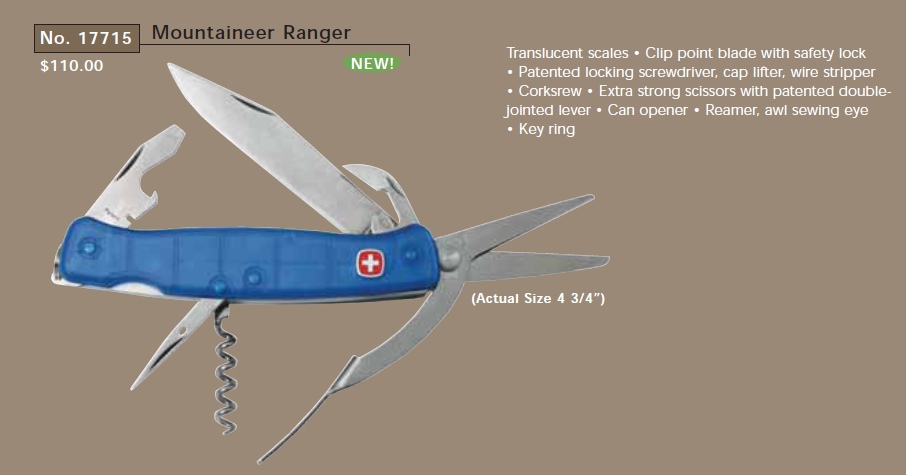 Finish on the scales has a slight texture to it, not like the smooth polished finish on other translucent scales like the Cybertools and others. As such, slight scratches and other handling marks aren't so glaringly obvious. 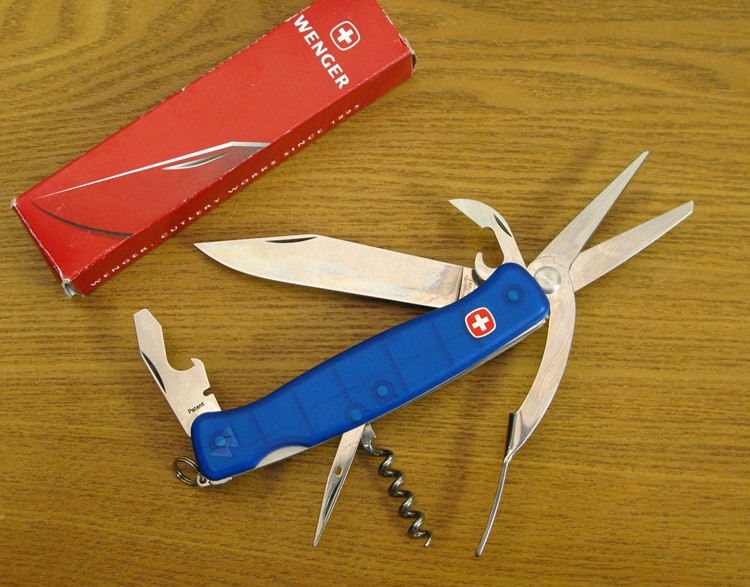 The big folding clip point blade was a staple on these original Rangers. The sliding lock release actually works quite well. 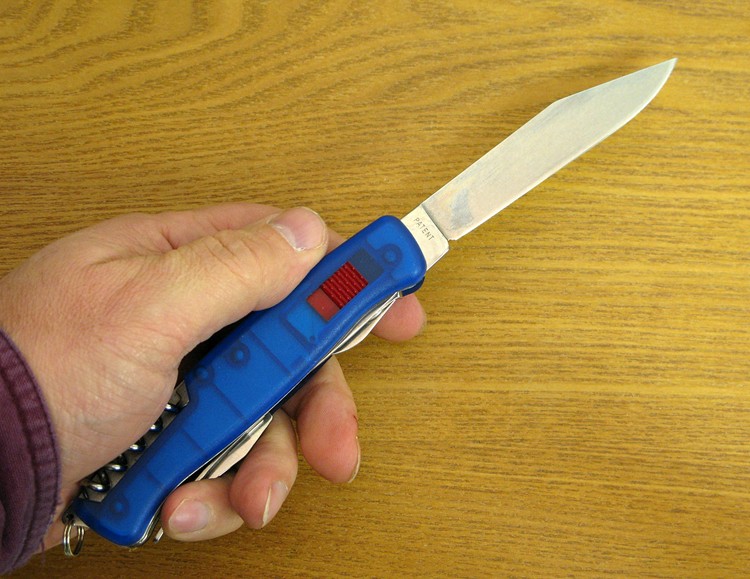 The Mountaineer Ranger and its close cousin the Model 14 were only around for about a year or so before being superceded by the NewRanger models, closest of which is the model 172, which includes the same folding scissors: 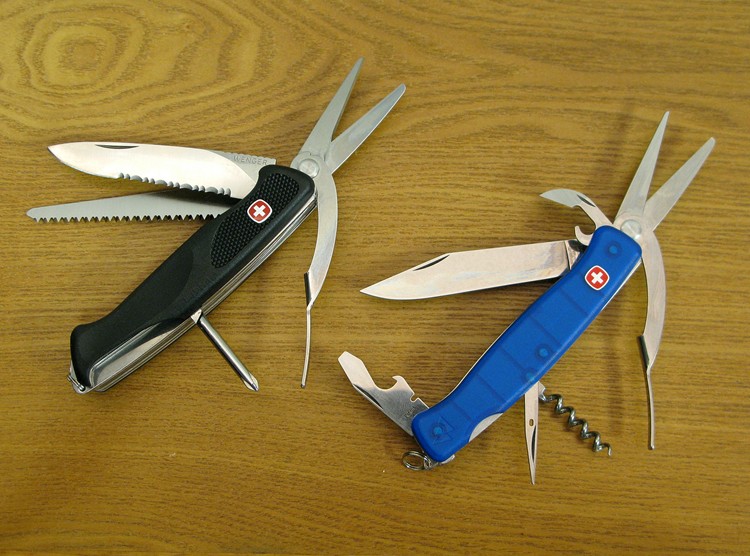 Side by side, the old Rangers are definitely slimmer than the chubby new ones with their contoured scales: 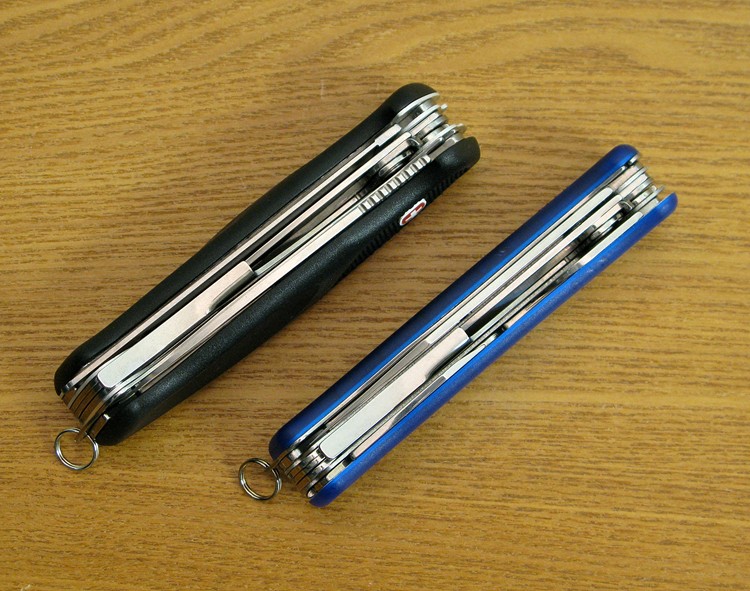 Blade lock release on the old Ranger seems to be more suited to a left hander: 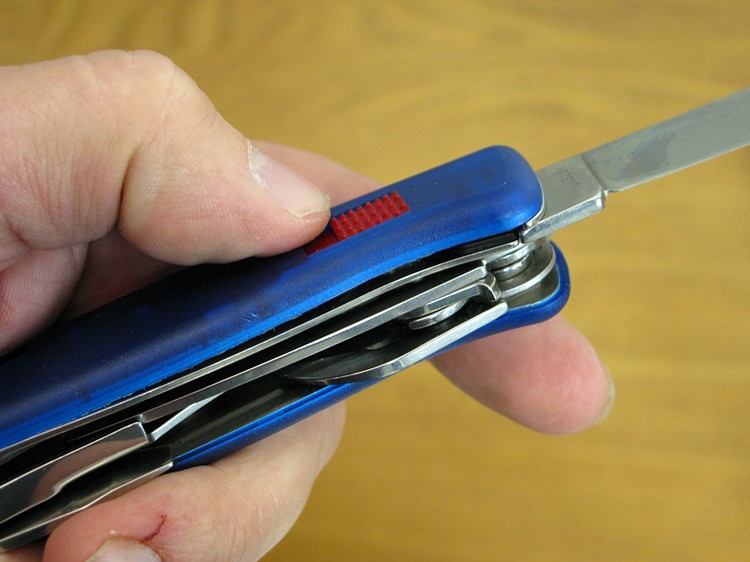 Whereas the NewRanger blade release button is more righty oriented: 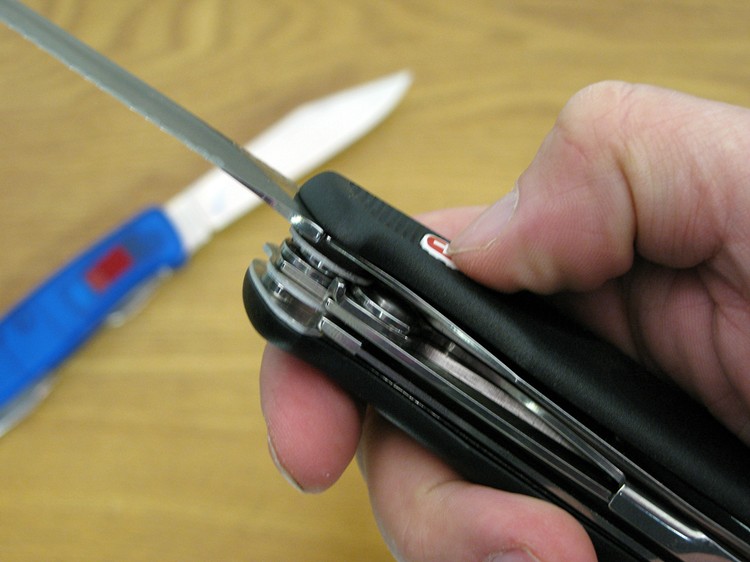 Which one has the best style knife blade though is strictly a matter of preference. Combination edge versus plain edge, drop point versus clip point, take your pick. (Frankly, I think the one-hand opener on the Alinghi is the best among all Ranger models! 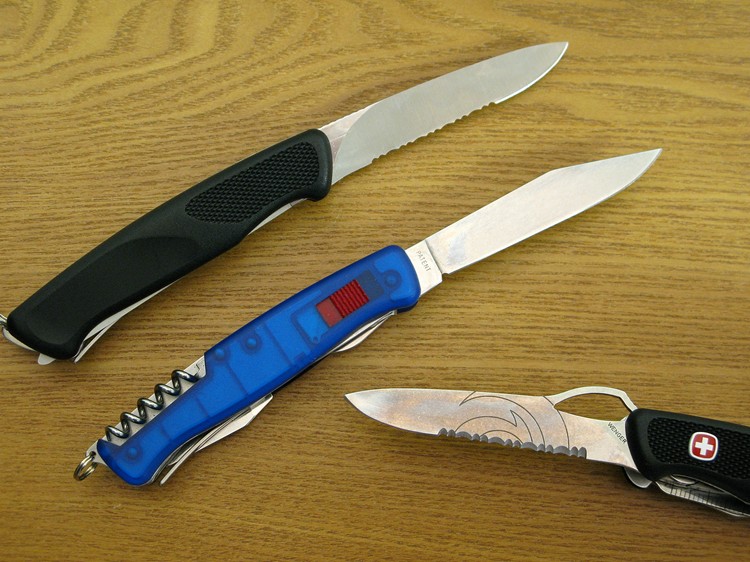