Last month we looked a little bit at the Old Ranger series from Wenger and it's comparison to the New Ranger series, but we didn't get very far beyond the lock mechanism. This month I'd like to take a closer look at some other parts of the Old Rangers. 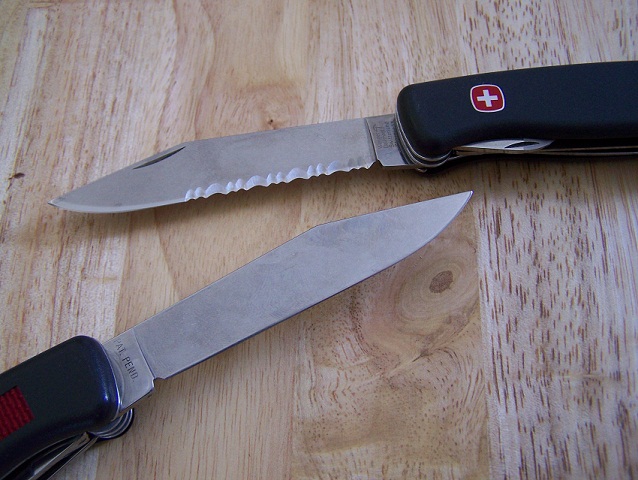 Perhaps the best known version of the Old Ranger series is the SwissGrip, also known as the WengerGrip. It is a massive hunk of multitool, based on the old 120mm frame and so I count it as an Old Ranger, even though the similarities end there. The SwissGrip has it's own scales and many of it's own components, but it's not the only Old Ranger model with pliers. One of the Old Rangers I have in my collection has the same fold out pliers as the more standard 85mm Wenger line, complete wit the slip joint and backspring lever system. So, while the New Ranger series has a beautiful set of folding pliers, the Old Rangers had more variety- small, fold out pliers for doing fine work, and big blunt nosed pliers suitable for disassembling a battleship. 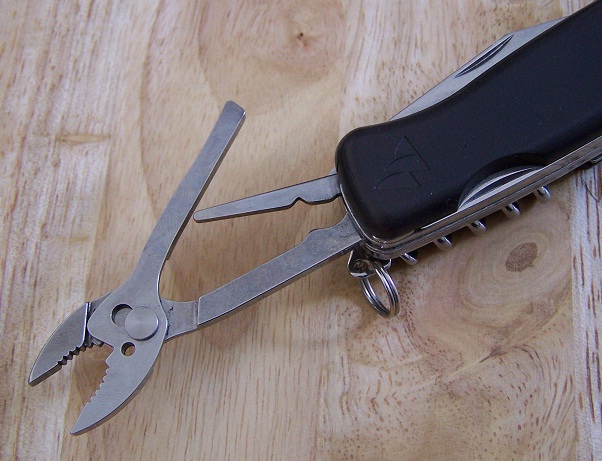 If I may digress a bit, and as much as I love the current fold out pliers, I'd love to see a new version of the SwissGrip with an OH blade and Evolution or EVOGrip scales. 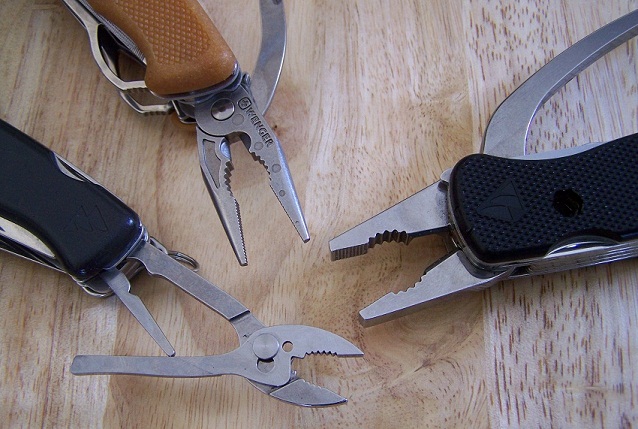 Wishing aside, the pliers aren't the only interesting part of the Old Rangers- some models also had a very nice curved gutting blade, similar to the one found on the New Ranger 57/58. Like the main blade, this curved blade falls easily into the category of a “folding machete.” As I don't do a lot of hunting these days it's hard for me to gather just how useful it is, although it does seem like it would be functional enough for medium to large game. 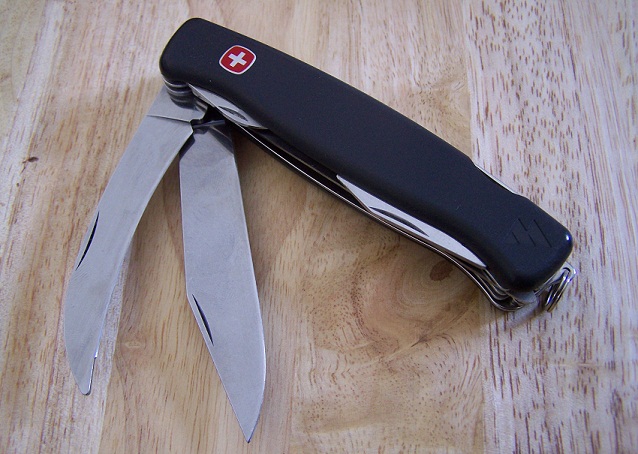 That's about it for now, but be sure to snag an Old Ranger should you get the chance. You'll be quite pleased with it either as a collector's piece or as a functional EDC- there aren't many folding blades as big as these on the market and even less with as much functionality as an Old Ranger!