Unfortunately I don't have a RangerGrip 78 (yet!) in my collection, so we'll have to settle with stock photos until the real thing comes in!

For those not familiar with the RangerGrip 78, it is a new model added to Wenger's lineup this year, and features red scales with rubberized grippy inserts in them.  It also features a large (and I mean LARGE!) locking, one handed opening plain edged blade, can opener with integrated screwdriver, bottle opener, wood saw, reamer and phillips screwdriver- basically a larger version of the better known Victorinox One Handed Trekker.  Interestingly enough, this was also the knife that Wenger put forward as their take on the new Swiss Army Knife! 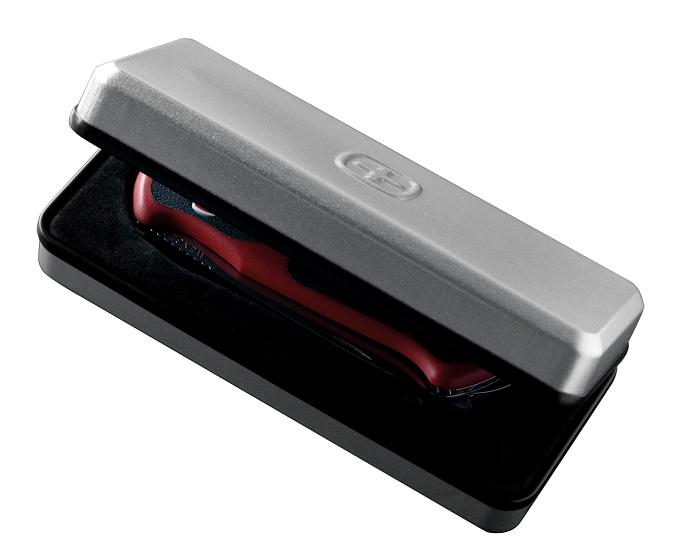 It makes a grand addition to the previous models, which are:

So now to answer the questions on everyone's mind- how do you get one?  Simple, follow this (link removed) to the order form, fill in the info and Travis will get back to you with shipping info, quotes, payment options and the whole nine yards!  Knives are $46.95 plus shipping, well shy of the suggested list price of $68.95 from Wenger NA!

I think this is going to be the biggest SOSAK Knife Of The Year ever- at least physically!