Recently I was able to get some cool Wenger models that I've been wanting for a while, but were always a lower priority than other models.  For the longest time, dealers were liquidating the various Sport models for very low prices, and so I, like many others, envisioned these would almost always be available.  Sadly, that was not the case, as the seemingly bottomless supply of them has been drying up, so if anyone else is holding off on getting them, you shouldn't hold off too much longer. 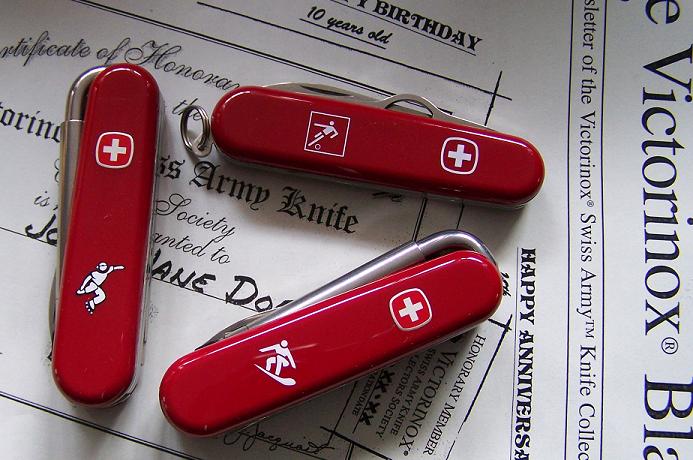 The three models I have now, thanks to the help of a rather generous and helpful member are the Soccer, the Rollerblader and the Snowboarder.  Each one is a fascinating piece with somewhat rare tools on them, and identified by a small icon next to the shield on the “front” scale. 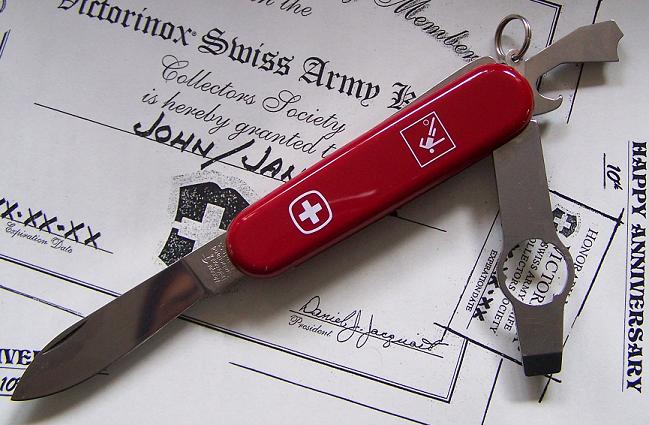 The Soccer model is quite interesting- it's only two layers but features an amazing array of functions thanks to the combo tool, which acts as a can opener, bottle opener and locking flathead screwdriver.  Sharing that layer is the main blade, and in the second layer is a tool for removing and attaching cleats.  I can't comment on it's usefulness however, as these days I really don't play any sports that benefit from cleats.  However, in typical Wenger fashion, I would imagine they are quite effective. 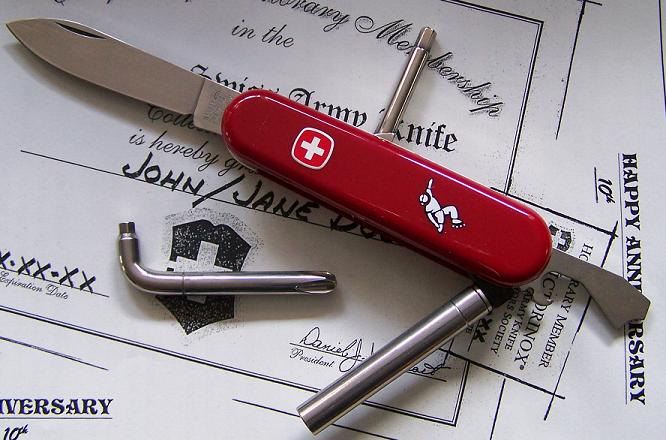 Next up is the Rollerblader, which, in addition to the main blade and combo tool, also has a pull out wrench with a 4mm hex key on one end and a phillips screwdriver on the other.  There's another 4mm hex key on the backside, and these keys fit the lugs on my rollerblades perfectly.  At first I wondered about the duplication of the 4mm hex keys, then while actually trying them out (the wheels on my 'blades were in need of replacing anyway, even before the puppy got at them!) but the backspring mounted one is great for tough lugs, which happens frequently with the type of abuse rollerblade lugs are subjected to, then once they are loosened, they are easier to unscrew the rest of the way with the removable wrench.  Once or twice this wouldn't be a big deal, but when you are replacing 8 tiny wheels at a time, each time/energy saving opportunity adds up to be greatly appreciated! 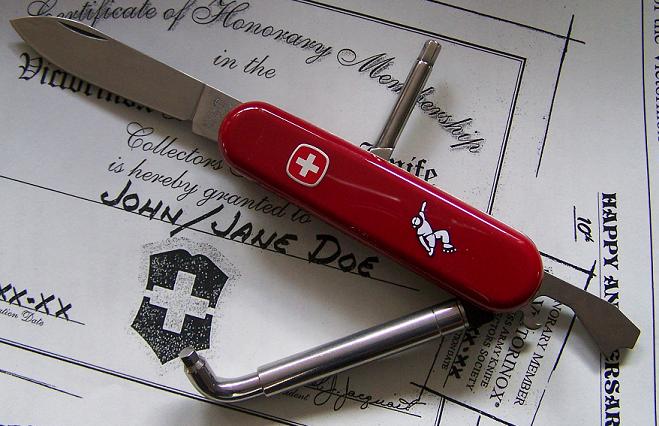 The largest model is the Snowboarder which is outfitted very similar to the Rollerblader, except with the addition of a removable binding wrench and a phillips on the backside instead of the hex key.  Again, as I don't have a snowboard (who ever heard of a Canadian without a snowboard?) I really can't comment on how well it functions.  Rest assured, if the opportunity to test it properly comes up this winter, I will! 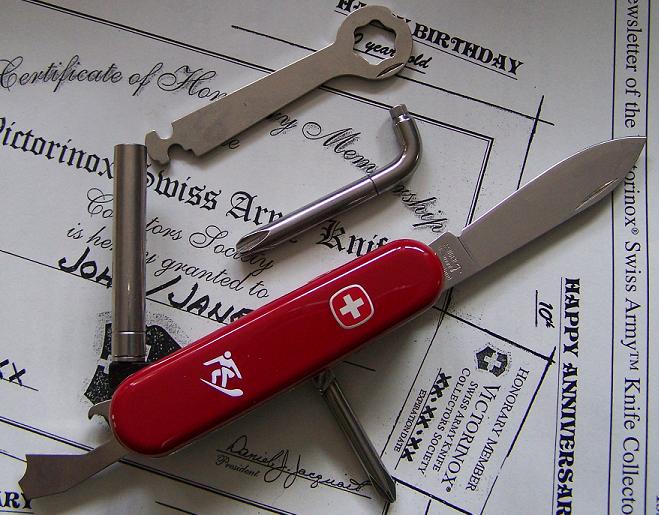 All in all these are three great additions to my collection, and while I have limited ability to comment on their functions in their individual sport, I am happy to report that the bottle opener feature functions flawlessly on all three of them!