As most of you know by now, I also run another organization like SOSAK, but for multitools rather than SAKs, called Multitool.org. While it's not necessarily of direct interest to many SAK collectors, there are many crossovers, like the respectable SwissTool and Spirit lines from Victorinox and the Ranger series from Wenger.

This article is not about those however- it's about a SAK mod that resulted from the most recent get-together of members in the UK. This was the second such gathering, and seemed t be just as successful as the first one, as reported on by SOSAK and Multitool.org member, Micky_D. Some members at the Meetup brought gifts for other members, and I was lucky enough to be included, even though I didn't attend.

Imagine my surprise when I opened a package from the DaveK and found a Victorinox Climber, dressed in beautifully crafted British Oak scales, and a blue paracord lanyard, all encased in a presentation box. Inside the lid of the box is an engraved brass plate commemorating the date and location of the Meetup.

I also received a fantastic set of dog tags from Gareth, also engraved with the date and location of the Meetup, and proclaiming me an honorary Brit- a title I am very proud to have achieved!

For a full write up and photos of the meet, and a look at all the goodies that were involved, be they SAKs, multitools, knives or throwing axes, check out the UK Meetup thread on Multitool.org! 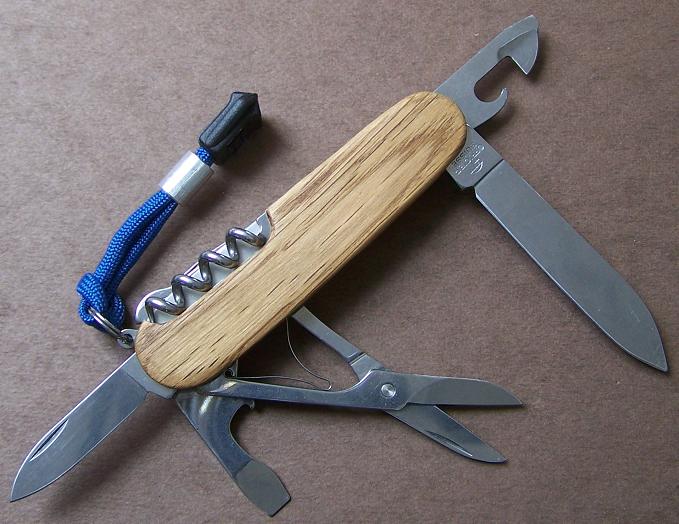