Now that I have had the time to put the new Spirit X to work, I felt it was a good time to offer some insights on it to SOSAK members. The results I have may seem unimpressive, but bear in mind that I do think very highly of the Spirit series in general, and the X in particular.

While this is a model I have been anticipating for some time, it is also nothing really new- it is virtually identical to the standard Spirit model, which has been a large part of my EDC since it was released several years ago. While I have never really minded the peanut butter blade, and believe it has it's uses, I am glad to finally have a more standard blade available, and I do feel that the serrations can be a liability.

That having been said, I am not willing to give up my standard Spirit, and unless you need to have them all like I do, then there's really no significant benefit to upgrading to the X model, as many folks carry a dedicated blade in addition to their folding plier tool. 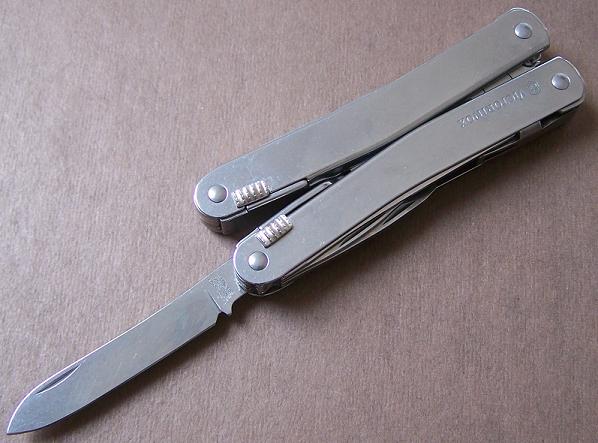 Still, if I was looking for a new tool, and had to choose between the standard, S and X models, I think I would gravitate towards the X, as the scissors and standard drop point blade appeal to me more than any other configuration. While the serrations may remain functional longer in the field, the plain edge is significantly easier to touch up, and that is more important to me- of course your preferences may vary, which is the benefit of having multiple versions available.

Of course the sheepsfoot blade on the standard version could easily be converted to a plain edge as well, so the choice is up to you!  It's a simple operation, as described in one of the first SOSAKOnline articles, the Serration-ectomy.