By now just about all of you who ordered the 2009 SOSAK Knife Of The Year should have them in your hands- if not, be patient as they should be along soon enough. If you didn't order one, there is a rumor going around that a certain dealer may have ordered a few extras, but I haven't got any information on that, nor whether he may have any left. 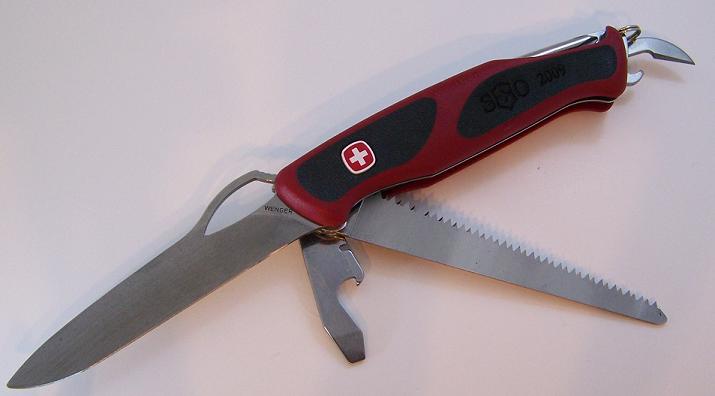 As you all know by now, the Wenger Ranger 78 was chosen as this year's Knife Of The Year, and Wenger did an exceptional job, as always of meeting our needs. It wasn't long after we placed the order that I recieved an email from a contact in Delemont sayign how happy he was to see that we had chosen to use a New Ranger as our annual knife this year. 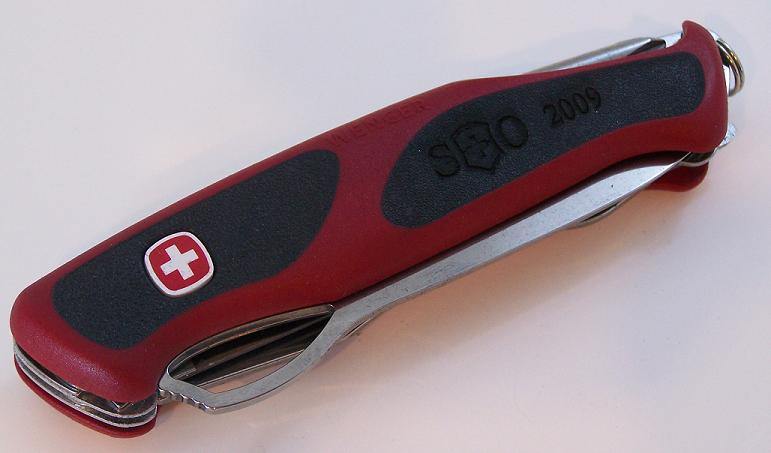 Like the 2007 KOTY, Wenger laser etched the SOSAK logo and the year into the rubber inserts in the scales, making for a very permanent mark- no way is this one going to rub off! It also marks the second time a Wenger knife has been marked with the Victorinox logo, which is a part of the SOSAK logo, the first being the '07 KOTY. The only other time that I know of that one company's knife has had the other's marking is the Hybrid knife I reviewed some months ago, but that was a Victorinox knife with Wenger logo. 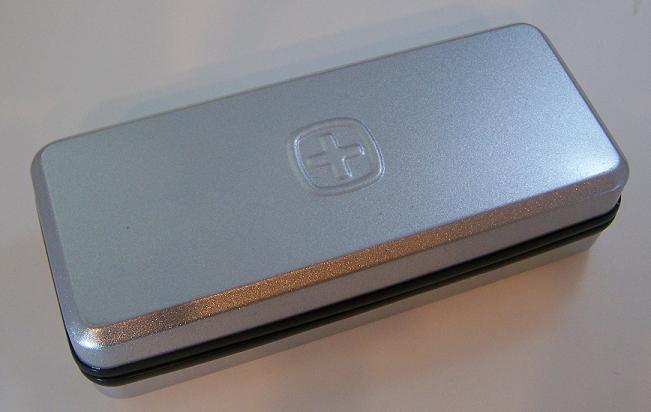 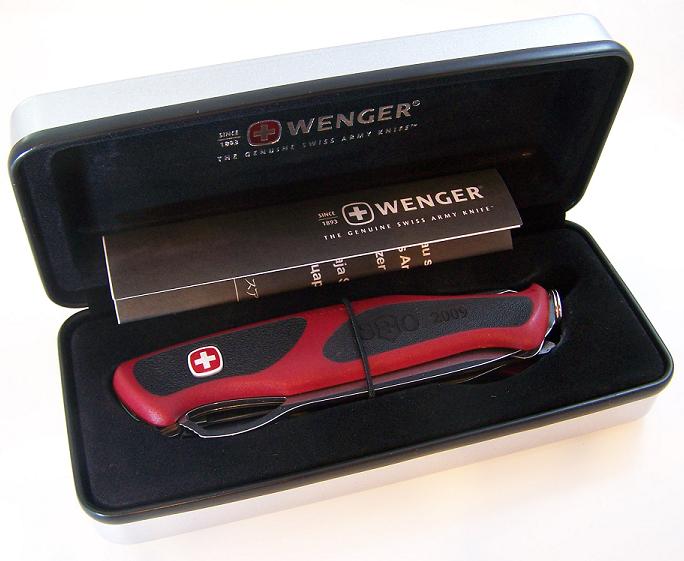 So, for anyone who got one (or more!) congratulations of having a collectible piece of SOSAK history, and for those who missed out, keep your eyes peeled because we'll be doing another one next year!