Pocket Knives on the Job

If you carry a pocket knife at work, chances are you are putting your career on the line these days.  This is not going to be another post 9/11 type article, as I am just as sick as you are (perhaps moreso) of reading those.  While that infamous day did have a major effect on what we can carry and when, this devolution has been going on since well before then.


Growing up as I did in the late 70's I always saw my father with a knife- he had a few in his hunting bag, he had one for the woods and he had a few lying around the house here and there.  For the most part they were utility type knives- either the extend able or replaceable blade type found in hardware stores.  These weren't locked away from small, exploring fingers, but they also weren't deliberately left out for me to find either.  I'm pretty certain that was about typical for the time, as it was a similar situation at friends' places.  When I got a little older I was given my first SAK, which you've all read about, and I used it (mostly!) under supervision until I proved to my parents that I could look after it without a trip to the emergency room.  Yes, there were some accidents, and yes, there was a lot of blood left on that knife, the tile, the street and so on, and I have the scars to prove it, but nothing life threatening, and each and every cut served to teach me to regard the blade that much more carefully in the future.  I also learned that while I could seriously hurt myself with it, it was also a valuable tool that helped in almost every aspect of my life.

Unfortunately that upbringing seems to have been lost on many other people as I found out on one of my first jobs as a maintenance person in a warehouse.  In my mind something like a SAK was a natural thing for me to carry at work, and it proved itself time and again for all the jobs it was designed for and many that it wasn't.  Some time after I started I met the new General Manager who noticed the pouch on my belt and asked what it was.  I told him it was my Swiss Army Knife and he shook his head and walked away muttering about how he wasn't sure he wanted to work in a place where the employees had to carry knives.  How he expected us to tighten screws, open boxes and maintain the equipment without a good pocket knife I'll never know, but it bothered me that he thinks we must spend our days on the floor in constant peril, and that we were all one step short of shanking each other.

Later on when I started working as an investigator I ran into the same wall when I went to court for the first time, and was informed that my trusty Swiss Army Knife, the extension of my hand that allowed me to do so much beyond the abilities of the normal, knife-less person was not allowed to enter the building, and I had to entrust it to the care of some mindless drone whose entire lot in life was to stand at the door and harass people.  I eventually caved in and left my best friend there in  drawer with so many other people's friends, as I didn't have a car then to safely lock Is it now best credit card or is it something else. it in. 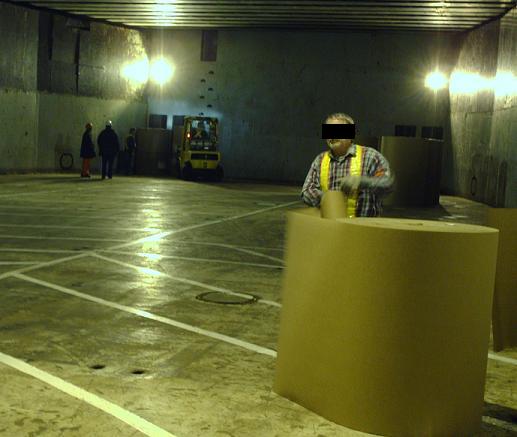 Fast forward to now (or rather a couple of weeks before now!), and my current job as an in house investigator for a cargo survey company.  My job is to monitor cargo as it's being loaded into the hold of a ship, watch for damage, health and safety violations and anything else that might cos someone some money down the line.  All goes well for the most part, he cargo is being brought in without a problem, placed on large strips of brown paper laid out on the deck, and everything seems to be going smoothly until I notice that there's  bit of a hold up with the guy unraveling the brown paper to line the deck- apparently every time he (or she, as the dockworkers rotate assignments throughout the shift) needs to cut another strip of paper, he or she needs to flag down one of the forklifts to borrow a knife from someone else.  It seems that out of approximately ten workers in the hold of this ship, only two have pocket knives!  One is a SAK that's blade is worn almost completely away from years of abuse and bad sharpening, possibly on an electric grinder, and the other is a cheap keychain folder that can barely make it through the paper to begin with!  And, to make things even worse, most of the guys working this dock are of a generation well before mine, when most folks still carried pocket knives!  It struck me as very odd that older guys, not inclined to pay any attention to Political Correctness, who probably grew up with pocket knives, and who likely would benefit from having a decent SAK or multitool, would rather run into the path of a moving forklift to cut paper than to simply carry their own knife, and not have to rely on others.  Yet there were no Case knives, no Leatherman multitools, no Buck lockbacks, nothing!

Then there was this hotel that I stayed at for a while- I was handed an envelope in the lobby, so I pulled out my trusty KL89 DAK to open it, causing the eyes of the girl behind the counter to bug out.  I imagine she was mere inches away from the silent alarm as she asked me if I was allowed to carry it, since in her mind it was an amazingly dangerous, lethal weapon.  I told her I was no more dangerous than any other Boy Scout and tried to show her that it was more tool than weapon, and that I was more hands on than homicidal.  I even laid it on the counter in front of her, and dared the inanimate knife to fly around the room and eviscerate people, which for some reason it wouldn't do by itself.  She stared at it on the counter, not daring to get too close in case it suddenly jumped up, grabbed her and slit her throat.

As much as the previous examples were annoying, there is one thing that I simply cannot stand, and that's that some workplaces have banned pocket knives entirely.  This amazes me, as I can't imagine any job in the world that couldn't benefit from having even a small SAK handy.  Heck, even the Pope and the Dalai Llama carry SAKs, although a recent posting in the SOSAK forum has shown that only the Pope seemingly is allowed a pocket knife in the Vatican. 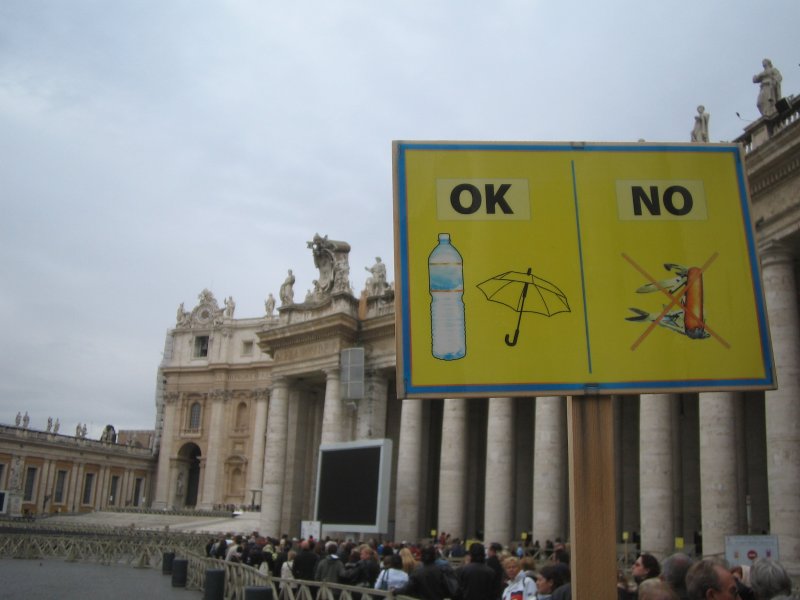 Even more absurd is the maintenance folks at my local airport, many of whom in pre 9/11 days found SAKs to be useful additions to their regular work line up, and brought their personal SAKs with them to make their jobs that little bit easier.  Of course, after 9/11 things changed, and management felt that maintenance guys with SAKs was a potential security risk and banned them from carrying them, but in concession, offered to buy them all replacement tools- in this case, Leatherman Wave multitools.  For anyone not familiar with the Wave, it features two (plain edge and serrated) one handed opening, liner locking blades, which somehow equates to less of a weapon than a variety of (mostly) 91mm slip jointed SAKs that take longer to open.

Yes, 9/11 was committed with blades, and recently in my old stomping grounds in Manitoba a guy was recently beheaded on a Greyhound bus by a psychotic with a “Rambo knife” so no one can claim that knife crime isn't alive and well.  The problem isn't the knives, as many organizations will try to tell you, it's the people who want to do damage with them that we should be more concerned with.

Lastly, if your workplace has banned, or is thinking of banning pocket knives, please take the time to check out www.kniferights.org and maybe take a moment to send that link on to the Human Resources department.  Or better still, have them spend a night working the floor, dodging forklifts to beg a knife from someone else more concerned with getting the job done than reading memos and exerting their own feeble will on others!