The 1893 Reissue knife wasn’t the only interesting new product that Wenger unveiled at this year’s SHOT Show.  While it may have been the biggest and most exciting product for the collector, Wenger wouldn’t dare forget the larger and very important user demographic!  To that end they’ve released a few new ideas to appeal to the average user, and they’ve done it in typical Wenger fashion- first class and well thought out!

The first model we’ll look at is the new Wenger EVOGrip 18, which may not seem all that new, but is quite interesting as it has a new face- yellow EVOGrip scales!  Given the popularity of yellow scales on Victorinox models Wenger may have a runaway success on their hands!  Adding in the contour of the Evolution style scales and the textured rubber grip panels makes this perhaps the most interesting new woods oriented SAKs in some time!

Speaking of grips, the other new and exciting Wenger is known as the Soft Touch series.  So far there are four models in the series, the ST10, ST14, ST17 and ST58.  There’s a good variety of options here, and the models are as follows:

ST14-
Adds scissors to the above configuration 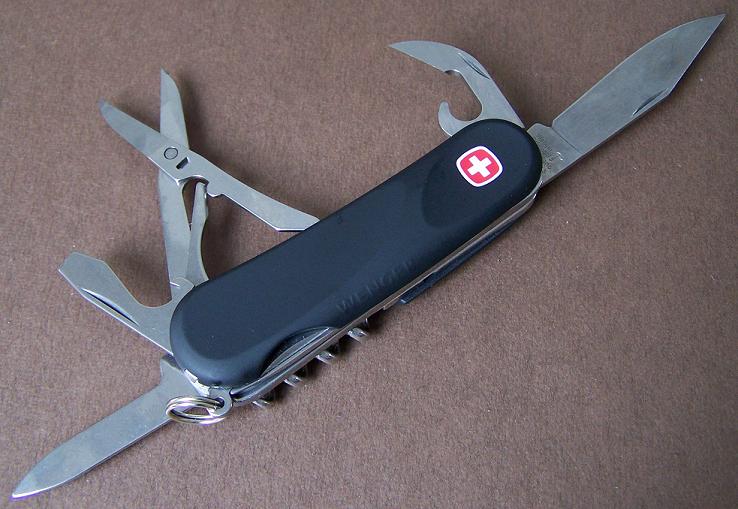 I’ll have more in depth reviews of each of these in the coming months, but for now it was important to get an introduction of them to SOSAK members as fast as possible!