January 19th, 2008 was a red letter day for SOSAK as the first West Coast SOSAK Member meeting was held in Sacramento!  As you can see from these pictures, supplied by Tim Meeker and Tim Colling, it looks like it was a great time, and I am sorry I missed it!

As you can see, there was lots to talk about!

Tim Meeker was there, but not in the above pictures because he was busy taking them!

Tim Colling brought some of his collection to show off:

Bill's Mods were also on site:

Tim Meeker brought some of his collection as well:

Mike brought some of his beautiful carvings:

Mike- I need a turtle like that one!  Send me an email and maybe we can work something out!

And, just to commemorate the occasion, Bill went out to the parking lot and built a SAK on the tailgate of his truck which was auctioned off to support Felinevet! 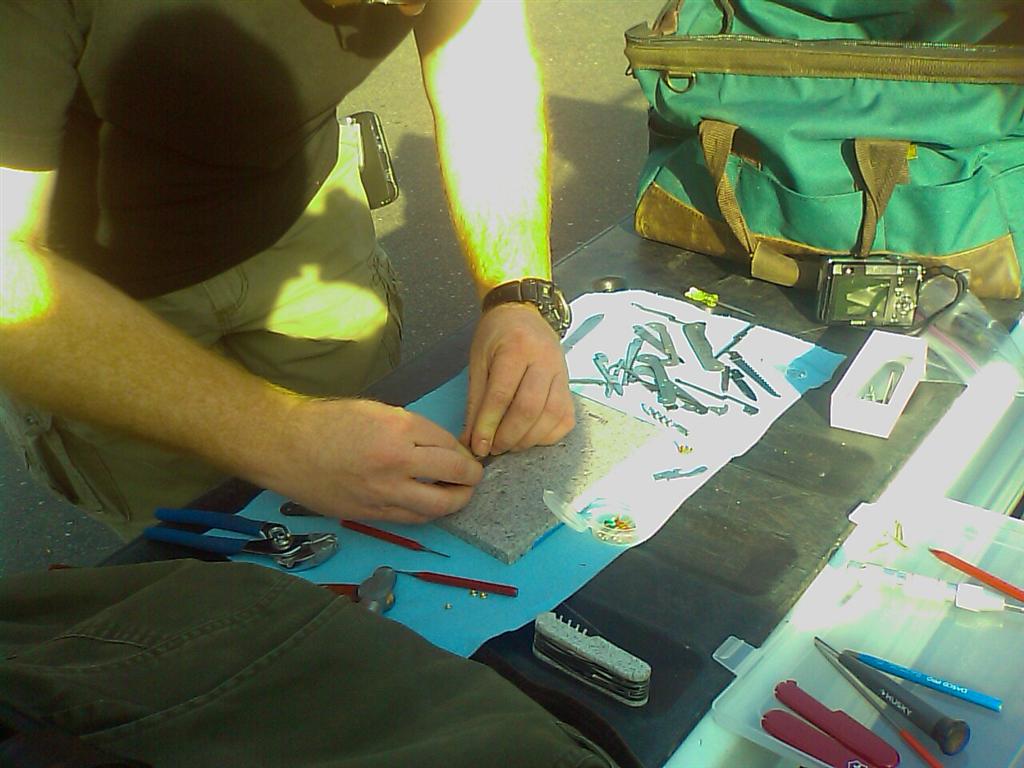 Come on East Coasters- lets not be outdone!