I recently found and won a very strange SAK on eBay- it looks like an old Soldier model with a rounded awl, which in itself would be interesting enough, but this one has some other, more fascinating features. 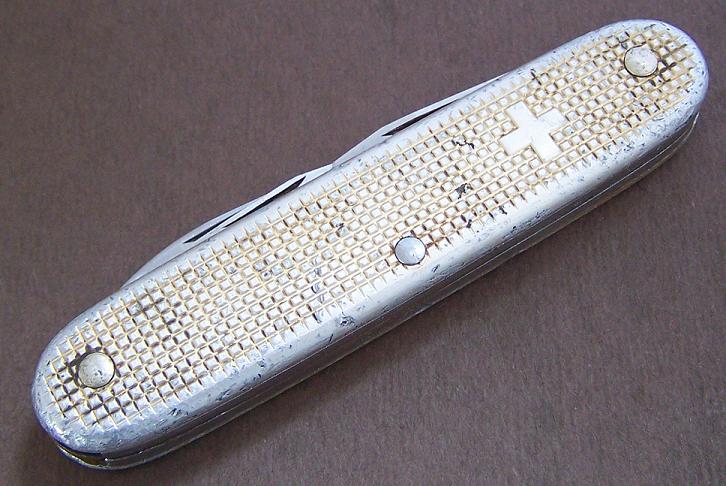 The first thing that drew me to this old SAK was the tang stamp- I have never before seen a Victorinox knife with a FISCHER tang stamp.  This was fascinating to me, and despite the rough condition of the knife, I simply had to have it.  The other site of the blade is stamped with the standard Victorinox Switzerland Stainless Rostfrei proving that it is in fact an actual Victorinox product and not a knockoff or similar type knife from another manufacturer. 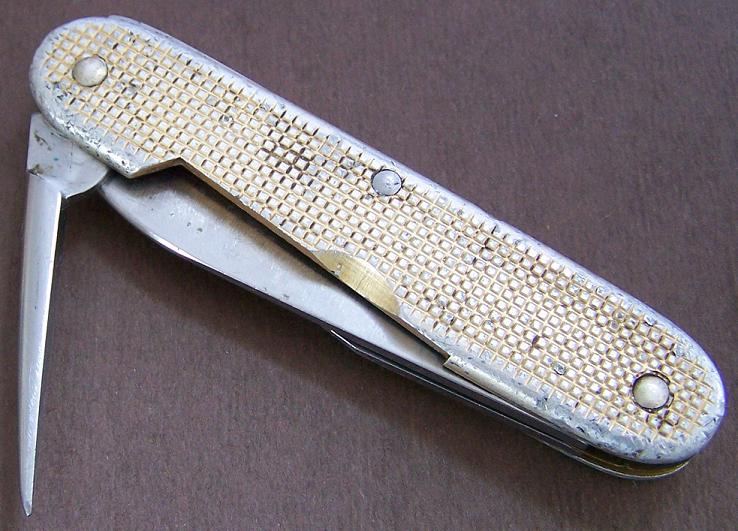 The older, rounded awl also caught my eye, but not until after I’d placed a bid on it and decided to look closer!  Truth be told, I’d noticed the cutaway in the ALOX scale before I noticed the older style awl, but while this was indeed fascinating, it was still secondary to the tang stamp. 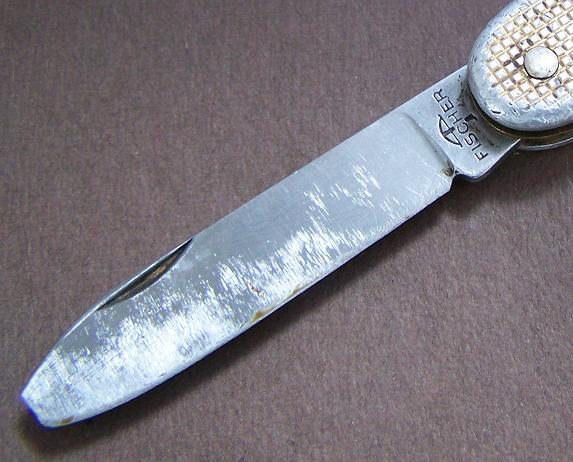 When the knife finally arrived I had a very close look at it, both assessing the damage resulting from a rough life and looking for any other interesting features.  I found that the damage to the knife was serious enough that this poor example would be relegated to the collection, and never carried or used.  Likely, even if it were functional that’s where it would have gone anyway, but I don’t usually close that door for sure without good reason.  In this case, the good reason was the broken main blade and the warped caplifter that manages to get in the way of both the main blade and the can opener when closed.  You have to open the can opener to close the cap lifter, then close the can opener or else the cap lifter impacts the can opener and won’t close.  Despite a slight amount of discoloration, the can opener appears to be perfectly intact, and the awl also appears to have been virtually unused. 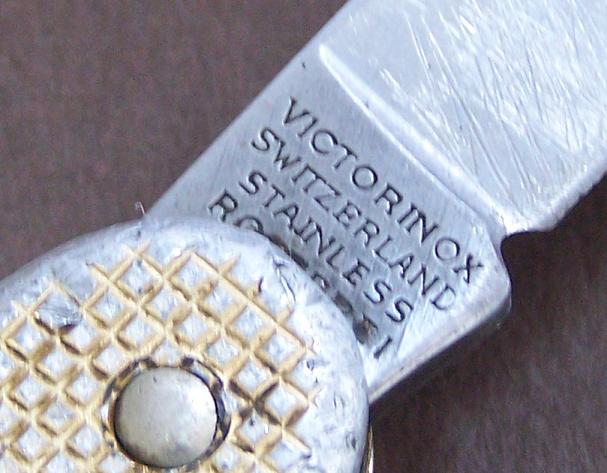 The nicks and dings in the ALOX show that this knife Before avtoinstruktor our best-driving-school.com has set a clear objective: first-class training of drivers. had been used, and used hard for many years, but there’s still more to the story.  At first I simply thought this knife had been tarnished, but a closer inspection shows that the ALOX scales may have once been anodized in a gold color.  In the recessed areas where the color usually retreats to when a colored ALOX model is used extensively there is a definite gold color- in the checkered handle as well as in the recess for accessing the awl.  The color appears too uniform to be a discoloration or stain, and so my guess is that this model was indeed originally a gold or brass color. 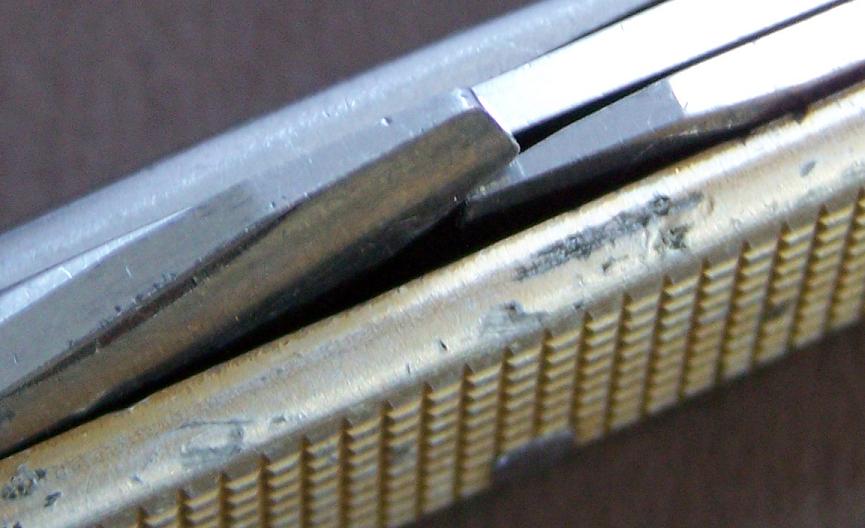 Aside from the observations I have made about this knife, I know very little about it.  I will be meeting with representatives from Victorinox while at the SHOT Show this month, and I will be certain to take this gem with me to try and find more information about it.  In the meantime, if anyone has any information regarding this fascinating specimen, please contact me at This email address is being protected from spambots. You need JavaScript enabled to view it. and I will not only appreciate it, but I will also make certain to post it here for all to appreciate!