Well it’s time for another look at another silly SAK from the Urban Chameleon lineup- this month, it’s the aptly named Rat.  While it is synthetic fur, it really does look like genuine rat skin!  Someone really went all out on this one!

Like all other Urban Chameleon models, this one is a Victorinox Waiter with the Urban Chameleon logo printed on the main blade, and besides it awkward appearance, is perfectly functional.  I don’t know why anyone would want to carry something that looks an awful lot like mangy street vermin, but it certainly is a conversation starter!

Sometimes I look at the Urban Chameleon models and I can’t help but wonder what the folks at the Creative Factory gmbh were thinking when they came up with this concept.  I take a perverse pleasure in owning them, knowing that these are very rare SAKs that even the most devout SOSAK member wouldn’t touch with a ten foot pole, but I still have to wonder why they were done in the first place! 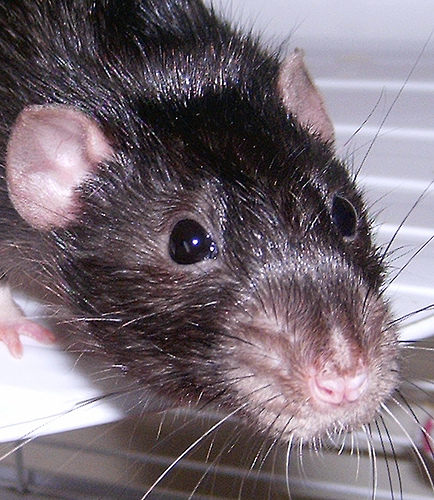 And, just for the record, if you think this one is odd looking, just wait until you see next month’s!