I was born in 1977 in Mar del Plata, (population 600,000) a city in Argentina, is not a small city but also not big, we have some nice beaches and nice sierras too.

I have always been interested in computers, I started programing in 1988 at the age of 11 years with a TI99/4A computer that my father gave me. Later after I finished my college tryed a few technical careers and finally finished System Analysis in 2005 (I made the career between 2000 and 2002 but took the final exam in 2005)

At the age of 14 I started playing guitar and bass.  I am an average guitar player now (some of my compositions are here http://www.mcniac.com.ar/blog/category/musica/ ), and at the same age (14 or so) I started signing some programs I made as mcniac.  I'm not sure why I started doing that, and a few years later I started using fido-net (that was before the internet) and I used mcniac as my nick.  I never changed it since then.

My other passions have always been martial arts, outdoors sports, and knives. I have a fair collection of knives. but most of them are users. 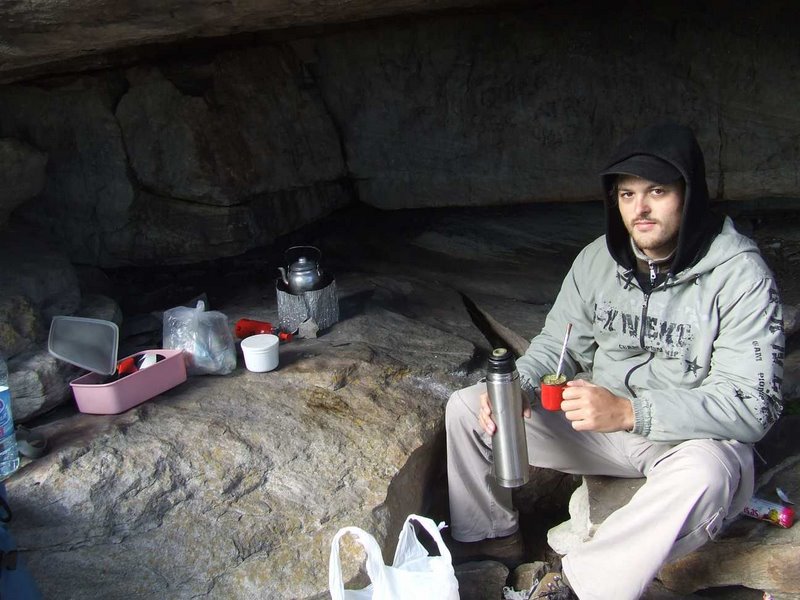 In 2005 I joined SOSAK at KnifeForums.com 'cos my good friend Frank (aka Waterlander) gave me an OHT in a trade, and I wanted to know more.  Then I saw a message from a guy called Defender that needed help with some IT stuff, I sent it an email, that was the begining of SOSAKOnline as you know it now :)