With a faint knock at the front door, the UPS driver pulled away before I could get there.
There it was, a Victorinox Spirit, the end of my journey. 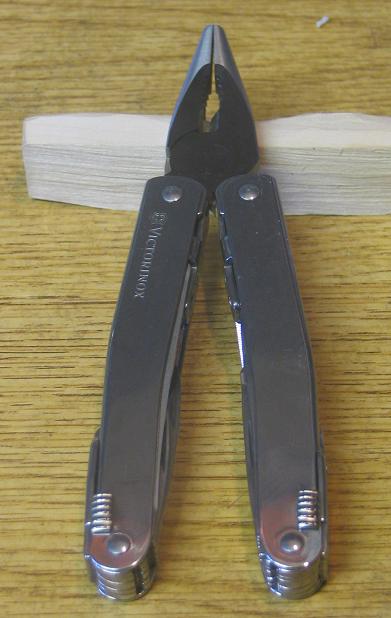 Now, I have always been the hands on type and after several unsuccessful attempts at Def to get him to surrender his Spirit for a trail run, I took the plunge and bought one. 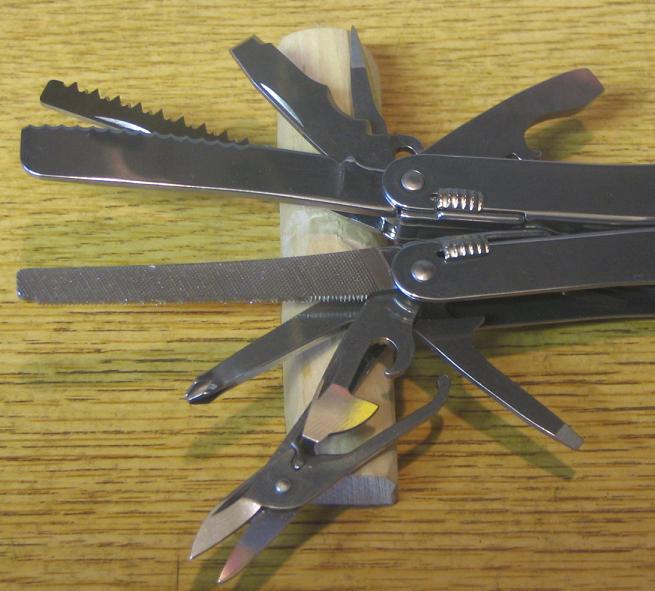 While opening the box I felt like a kid on Christmas morning (minus the sleep in his eyes.) There it was, a ratty little red box. Opening it I found something smaller then expected.

Roughly ½ inch shorter then a Swiss Tool, (sorry no metrics) they share the same width and the Spirit is about a 1/16 thinner.

Even thought these dimensions don’t sound like much, compare them side-by-side and they are quite obvious. Not to mention a full 3 ounces lighter. 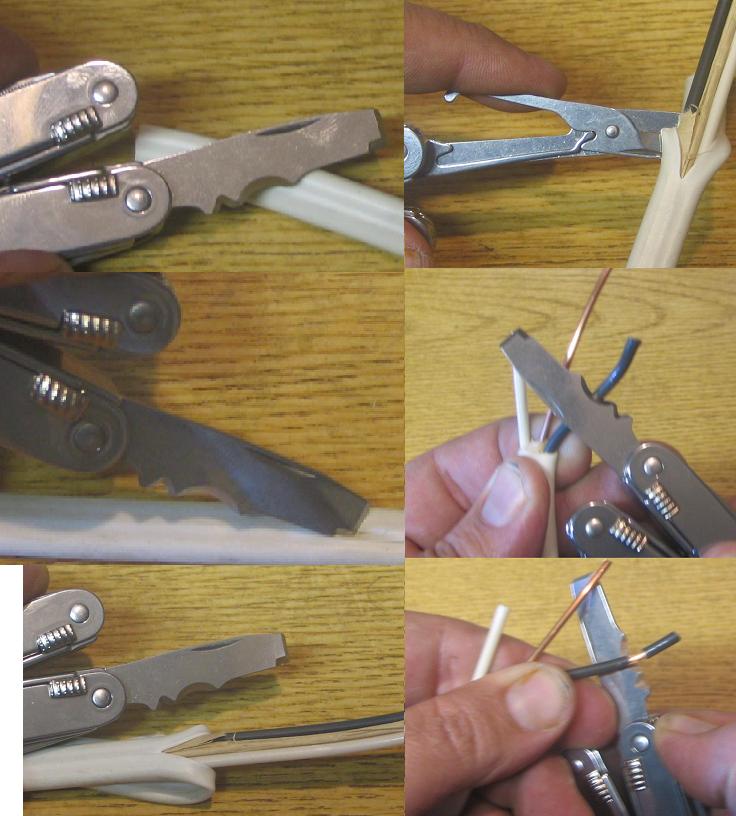 The Swiss Tool has 11 components and 18 functions. The Spirit has 10 components and 20 functions (just counting fold out tools not the pliers or scales etc…)
ALL TOOLS LOCK WITH INDIVIDUAL SPRINGS (NO BUNCHING) 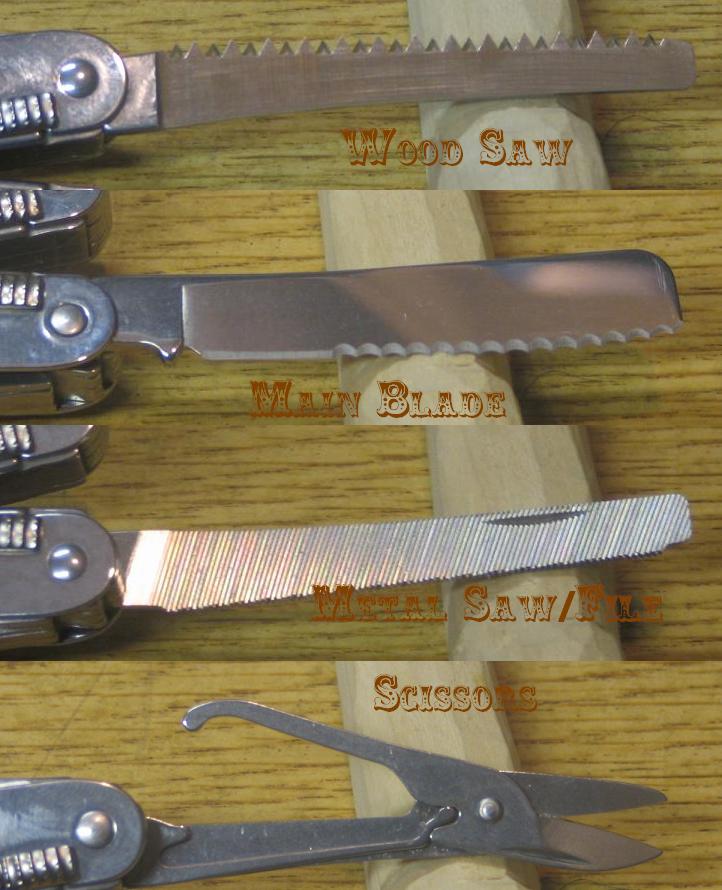 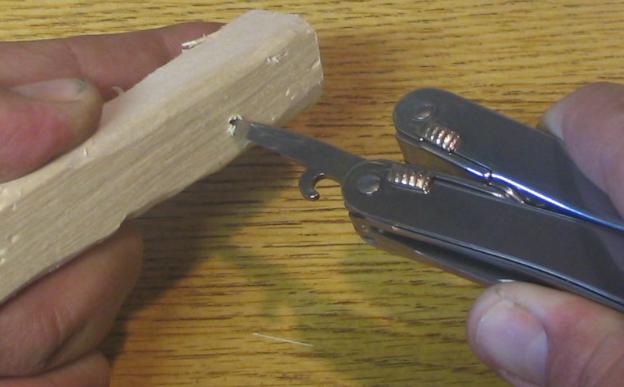 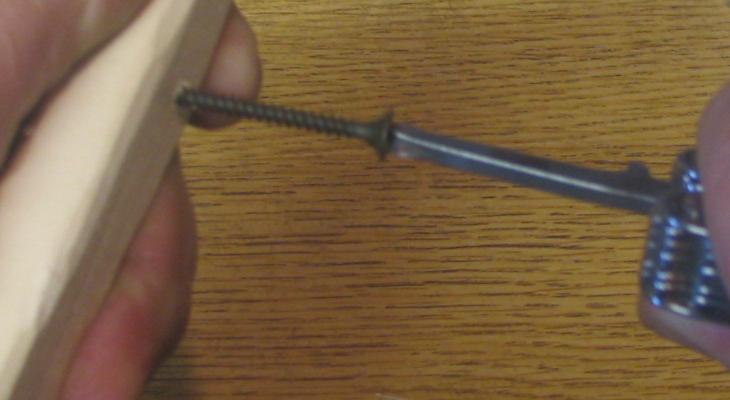 I have read a lot of comments about a blunt nose combo blade.  I have no problem teaming up two or three items to save room and even adding some more features. 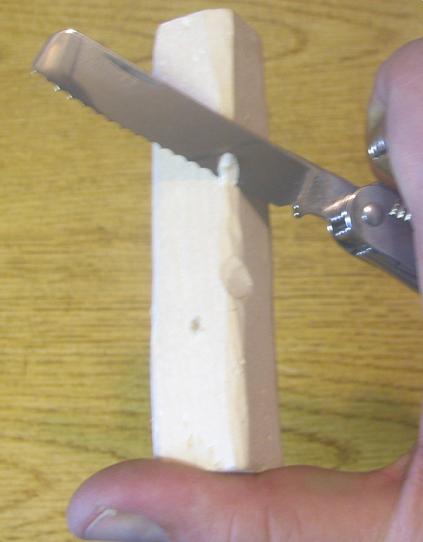 In the Spirit you get your file, scissors and your plain and serrated blade at the expense of teaming the two blades together. 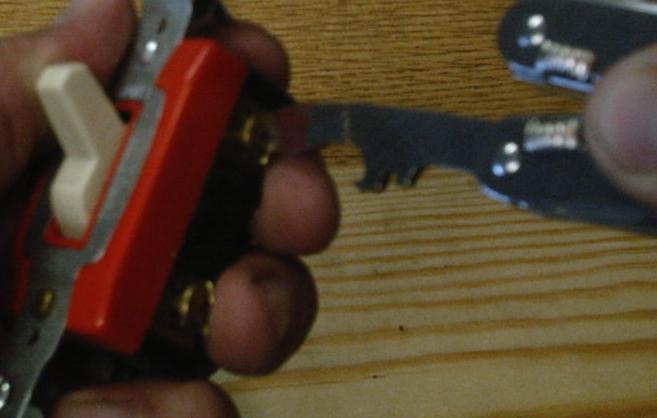 Lets be honest, I don’t use a multi tool for a knife. I have another SAK for that. 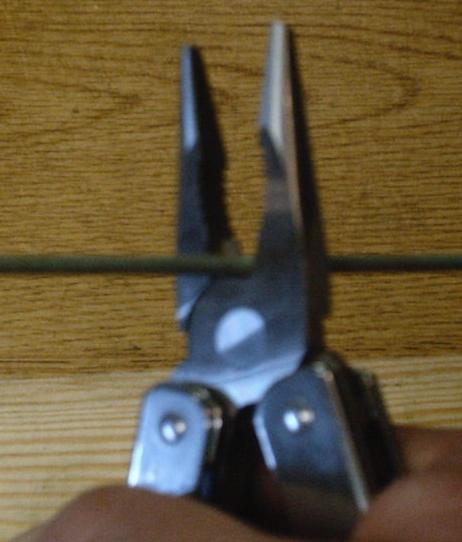 The other day I split about a foot of 12-2 romex with the insulation cutter, separating the wires I stripped them with the round cutter. I was impressed. 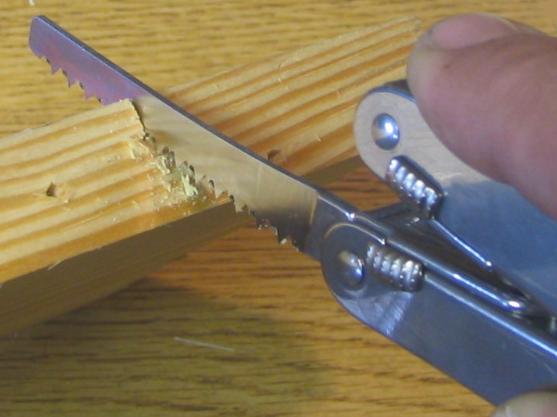 Using the round cutter I stripped away the casing of a 12-2 extension cord and stripped the wires also.

My favorite tool on the Spirit is the cap lifter / wire bender / crate opener / screwdriver
I don’t know why, it’s just one hoss of a tool. 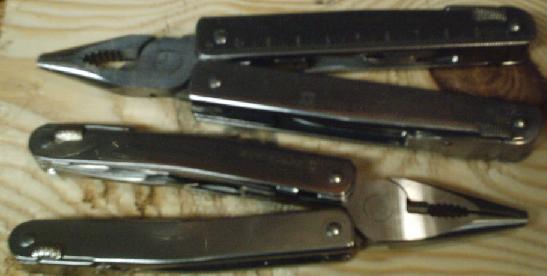 Using the hard wire cutter I easily cut railroad copper and bent it into a hook (this is about a 6 or 8 gauge wire.)

I have to admit I was a little anxious about cutting coat hanger and bending it into a hook.
Since the pliers are lighter then the Swiss Tool I thought I would have some trouble with them twisting on one another. But thanks to the hybrid design it acted like its older sibling 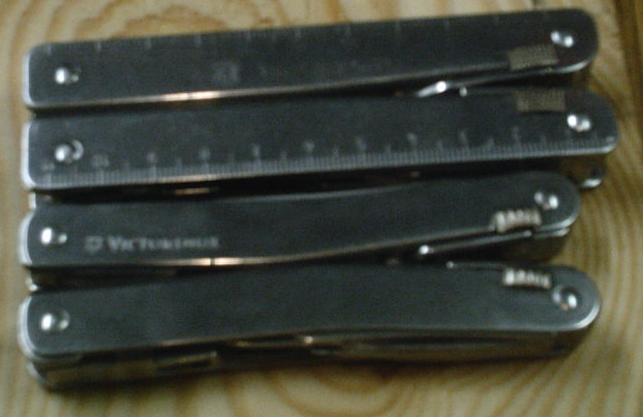 The soft cutter cut through braided wire with no strays hanging on.

I tightened two 9/16 bolts with the pliers, the jaws were pretty maxed out but it did the job. 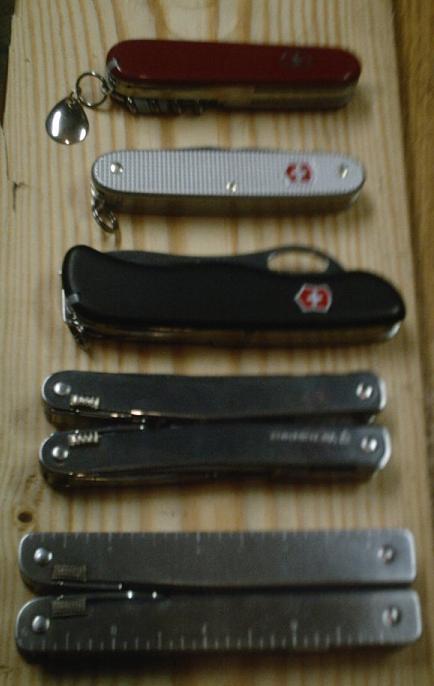 With the wood saw I compared the Swiss Tool, Spirit, OHT, Farmer and a Camper.
Five strokes down, five strokes Ultimate Poker may be the online poker branch of Ultimate Gaming, the offshoot of Fertitta Interactive (itself the offshoot of Nevada-based best casino online operator Station Casinos), which received a Nevada interactive gambling operator license in October and whose bid to provide their very own online poker technology was okayed by government bodies earlier this year. up in soft pine. The Spirit made the cleanest, longest cut the Swiss Tool came second and all the others tied for third (the OHT did bind some on the push cut).

Even though the scirrors don’t open that wide. They cut everything I tried with little
to no effort. 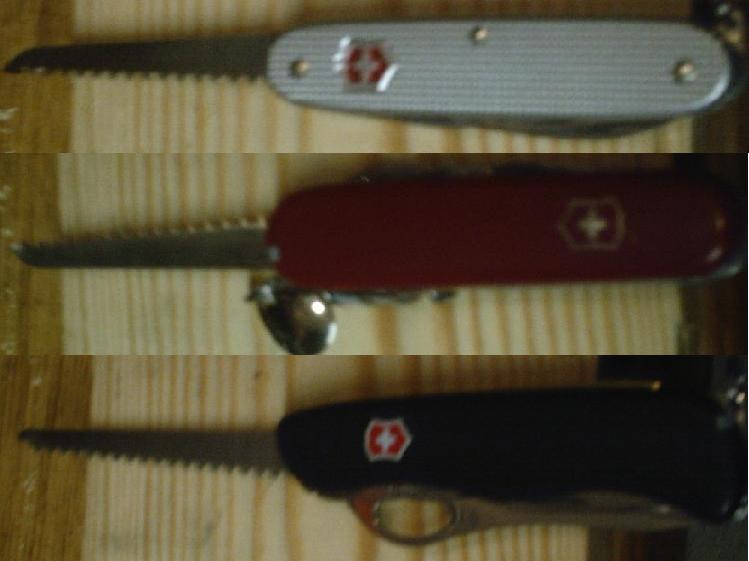 The file works great on metal burrs and fingernails.
I have only used the metal saw once (it isn’t a hack saw) but it works. 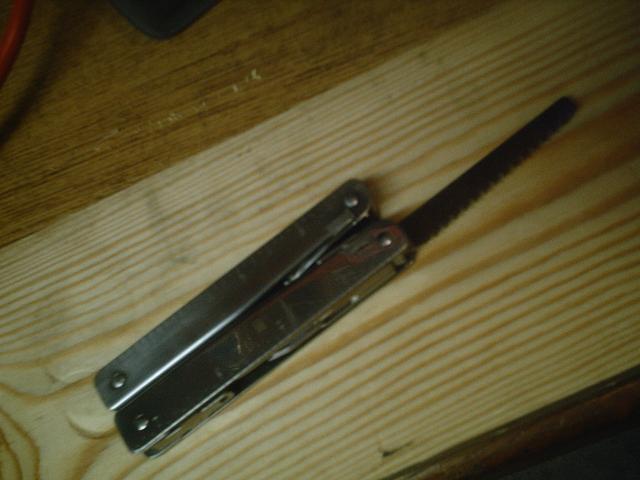 The awl treats soft and hard wood the same (tears into it, like paper).
The hook I used on a box of copier paper it held but made me nervous (the binding strap started to fray) no fault of the hook.

The plain edge acts like a razor, the serrated eats cardboard.

I am sure that the crate opener could pry a door out of the jamb. 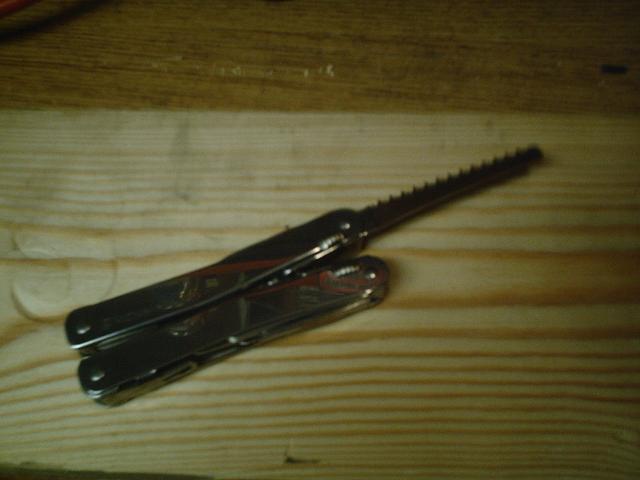 The screwdriver is small enough to fit into tight place but not so thin that it will twist.

The longer can opener seems to make opening easier but then again Victorinox can openers have always been easy.

As you can see I didn’t compare the Spirit to a Leatherman, SOG or Gerber etc…
That’s like comparing apples to oranges.

Comparing the Spirit to the Swiss Tool is yellow apples to red apples it’s a personal preference.

They didn’t redesign the Swiss Tool they made the Spirit. A lighter tool with more comfortable handles.

Will the Spirit ever replace the Swiss Tool? I believe you will find that answer in this question.

Did the Camper or Climber replace the Spartan?

My advice is, if you own a Swiss Tool and want to check out the Spirit don’t wait three years. Get your hands on one.

Just remember if you don’t like it you can always sell it to Def (at a reduced rate of course.)

Note: At this time it has been two weeks of EDC and using, I haven’t missed my Swiss Tool or cursed the combo edge. The Spirit hasn’t failed once.