In last months article about Wengers innovations I mentioned the plier and scissors moved and I meant to go into greater detail but time makes fools of us all.  So this month I'll be going into more depth with it since I got so many emails asking about it.

Quite simply the tools move when in use.  As with most tools its not a big deal if you are used to it but if its new to you it could be very off putting. 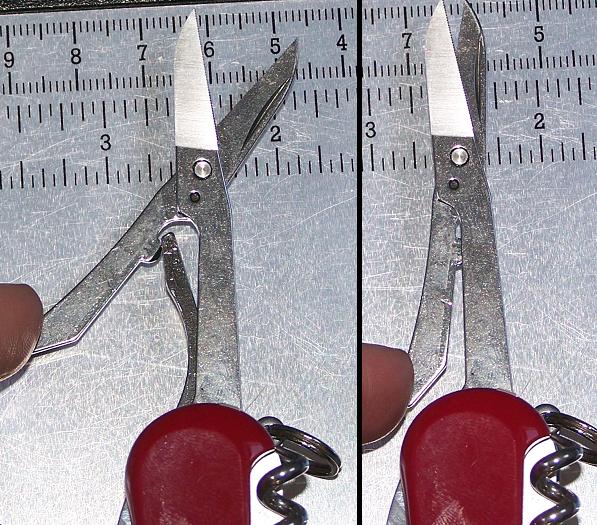 As I mentioned last month the current Wenger versions use the backspring to open the mechanism rather than the small and fragile leaf springs found on older Wengers and Victorinox SAKs.  When you flex the backspring which holds the implement open you also unfortunaly move the implement itself.   I taped the Wenger Journeyman (plier pics) down so it wouldn't move when illustrating the movement of the pliers.  I did the same wit hthe S557 for the scissor segment.

Pictures illustrate this best so I'll let them tell the story.   Videos do an even better job: