One of the most common questions about the new EVOGrip series from Wenger is how well the textured rubber inserts will last.  Admittedly it’s still early, but I wanted to provide some kind of update to members wondering if these are all they are cracked up to be.

It’s been ten months now since my original review and the S17 has seen a significant amount of action, and other than a bit of dirt, still looks brand new.

I plan to continue carrying it when in the woods, boating, camping etc so that it gets the full torture test, but so far I have to say that I am very impressed.  I thought at the very least, the shield would start showing some wear by now, as it’s only silk screened onto the rubber, but as of yet it still looks like it’s straight out of the box!

Anyone who is familiar with my habits knows that if something can be broken, it will be, and if it can’t be broken, it’ll just take me a little longer to break it!  Since the EVOGrip inserts are still here and still pristine, one has to tip one’s hat to the fine folks at Wenger for their ingenuity and knowledge of effective and resilient materials. 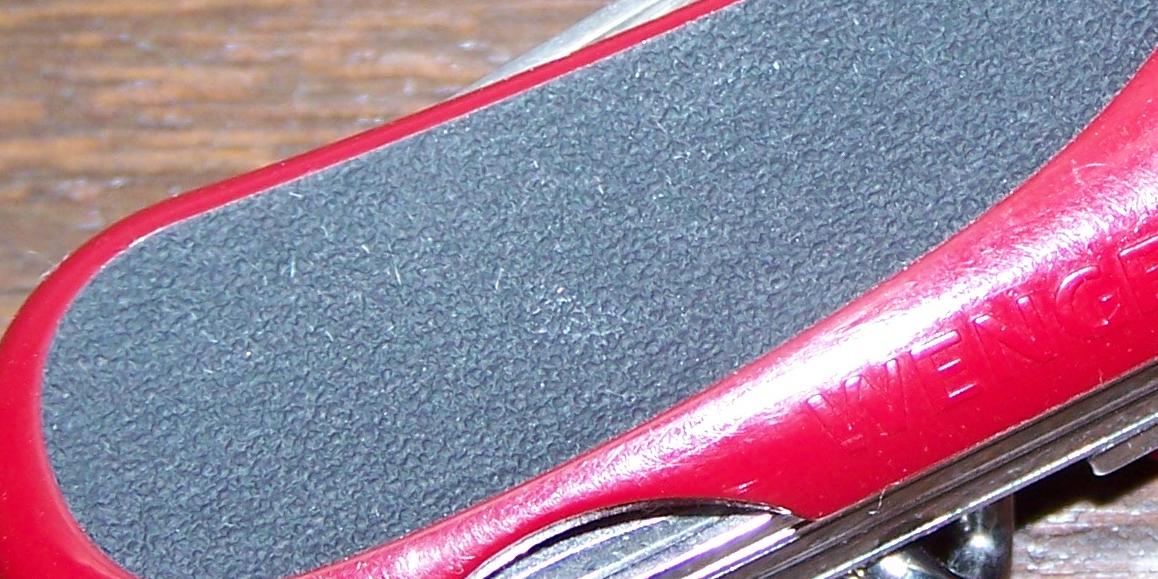 You can see that the grip is slightly dirty, but undamaged and unworn.  I left it dirty to prove this one's been worked!
When will the next update be?  I don’t know.  I’ll get around to it sometime, but for now, feel free to carry your annual SOSAK knife from this year- if the painted shield lasts this long, I’ll bet the carved in logo will be around even longer!