The only thing harder to believe than me having once been a small boy is believing that as a small boy, and indeed for most of my life I only had one Swiss Army Knife, which is my well documented, trusty old Camper.  Almost as well documented is the fact that I always longed to have scissors added to it, and I was in heaven when I got my first Huntsman.  Well, today I am visiting the Pearly Gates again with a Scibeer Special.

The Scibeer modded YoMan takes all of the functionality of the Huntsman and adds an in line phillips screwdriver and a magnifying glass without increasing the size.  This is accomplished by replacing the small blade with a combo tool, and replacing the can and bottle opener layer with the phillips and magnifying glass layer.  The main blade, wood saw and scissors are all still in place, rounding out the front, and Plus scales were added to increase the overall function of the SAK.  On the backside there is the standard corkscrew with mini screwdriver and nothing else- the backside was left “spineless” both because the additional tools were unavailable at build time and because I actually thing that it adds to the slick appeal of this knife.

This knife really reminds me of old European sports cars- no frills, just pure function and beautiful, sleek lines.  Now all I need to do is find a nice E Type Jaguar to match!

While the YoMan may be the newest addition to my collection, it is not the only Scibeer mod in my collection.  A few months ago I received a Scibeer three layer Yeoman in black scales from a very generous member, and I also was given a micarta scaled, pocket clipped OHT a little over a year ago.  The black scaled Scibeer Yeoman is an accurate recreation of the old three layer Yeoman and adds yet another dimension to the Great Yeoman Conspiracy!  It is also indistinguishable from the original, factory issued Yeoman.  Bill (aka Scibeer for non forum members) does an excellent job, with all the snap and precision of a factory model.

The micarta scaled OHT is another triumph and a testament to Bill’s exceptional skill.  It’s also important to note that the beautiful OHT, now immortalized in print (me still blowing my own horn about my recent article in Tactical Knives magazine!) was in fact an accident, and not the mod it was meant to be.  It is flawless, and I am very glad I was standing next to the garbage can it was headed for!

I know of a few other members who have also been lucky enough to get Scibeer Customs, and I am pretty certain they all agree that Bill’s work is as solid and functional as it is beautiful, and I hope to see many more in the future, and hopefully a fair number will be seen up close! 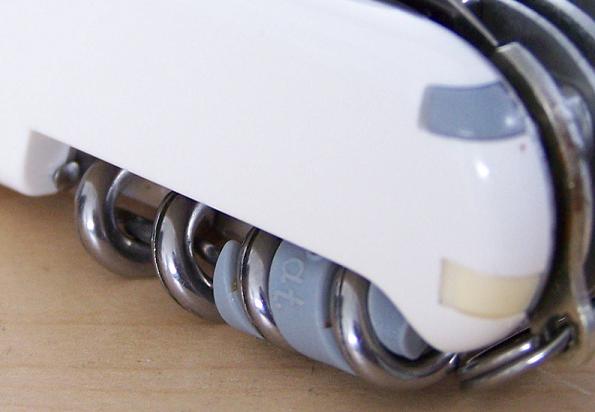