Many people may not consider the Victorinox SwissTool to be a true SAK , after all it doesn’t have red scales or look anything like a Soldier model. But let me tell you this tool comes from the very heart of Victorinox  and is a SAK in every way . It is used and respected all round the world by people of all kinds of professions and is adopted by several armies.

Well known for its corrosion resistance and almost indestructible  build and a fit and finish that leaves most of the competition only dreaming they could manufacture a product as good as this .

Over the years I have had many adventures with my SwissTools, everything from DIY at home , jobs at work , first aid  , roadside repairs on my car and a few incidents at sea  ( rope around prop and disconnecting a broken steering cable to name just two ) . Because I spend a lot of time on the beach and at sea the Swisstool is ideal as it stands up very well to the salt water and rust has never been a problem.

After saying all that I may have made the SwissTool sound perfect but it does have some faults. Apart from the pliers none of the tools can be opened with gloves on, the tool is big and heavy but for me this isn’t a downside and adds to its strength. I think one thing the SwissTool is screaming out for is a one handed opening blade, hopefully Victorinox will one day release such a tool. If you don’t already own a Swisstool then its well worth taking a closer look. If it is a bit big and heavy for you then theres always the Swisstool Spirit  but that’s another story . 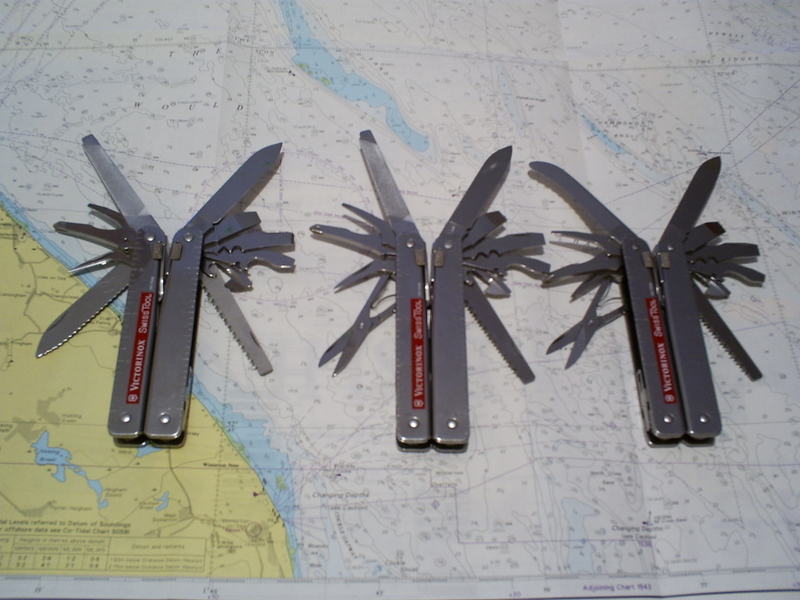 Many thanks to Dunc for providing this article and photos for this month's SAK of the Month, as well as additional reviews and information for the SwissTool over the past two years!