This month’s offering is perhaps the most successful yet overlooked SAK available- the SwissTool.

Debuting in 1999, a full 16 years after Leatherman Tool Group launched their successful PST, the SwissTool was very late to an already crowded market.  Fortunately, Victorinox used their considerable design skills and distribution network to create a winning tool from the get go.  When it first appeared on the scene, the SwissTool’s price seemed somewhat hefty at around the $100 mark.  Nowadays the prices have really dropped, with all three models available from Felinevet for under $60, which makes it one of the best deals in the multitool industry.

SwissTools come in three flavors- Original, RS and X.  Then, there is the CS Plus, which is an RS model with a few extra goodies in the sheath, like a wrench and several screwdriver bits.  The difference between the individual tool models are as follows:

The SwissTool was revolutionary in the multitool industry because it solved many of the problems associated with multitools- the implements are accessible from the outside so you don’t have to open the pliers, the implements lock and the handles are comfortable- there’s no bare sheet metal edges like on some other early tools. 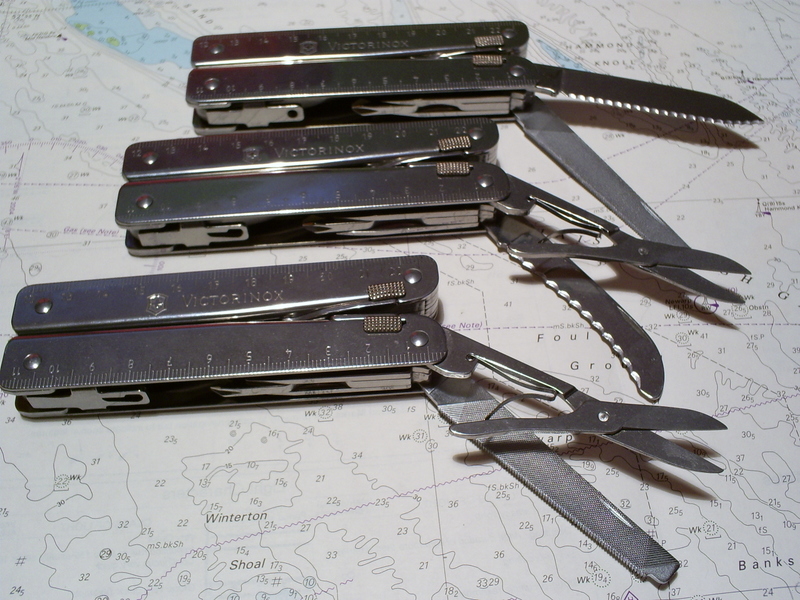 All in all, the SwissTool is one of the most popular multitools around, and has a very well deserved reputation for corrosion resistance, toughness and all around utility.

Many thanks to Dunc5 for providing these pictures, and his own thoughts on the SwissTool!