As promised in a previous Collection Highlights article (Camper, April 07) I am featuring my father's old Champion model with FINBATT UNDOF marked on the scales.

This knife was purchased in the Golan Heights around '83, and was available for purchase to anyone in the area.  It wasn't an issue item but it was made for the FINBATTs, a military unit from Finland that was also staioned there at the time.

The UNDOF stands for United Nations Disengagement Observation Force, which was started in 1974 to keep an eye on tensions between Israeli and Syrian forces in the Golan Heights.  A sergeant that worked for my father when he was stationed at a small training base in Manitoba was sent to the Golan Heights to serve with the UNDOF, and my father had asked him to bring back one of these knives.

Two years ago I gave my father a Spirit Plus and he gave me this knife, which has been well used and well looked after over the years.  It is now one of my most prized possessions as you can well imagine.  Compared to the Camper that I was given, the Champion seemed so huge and capable.  With that many tools it didn't seem like there was anything you couldn't do with it!

Of course next to the SwissChamp, XLT, XXLT and XAVT the Champion isn't king of the hill anymore, but this one is still priceless in my eyes. 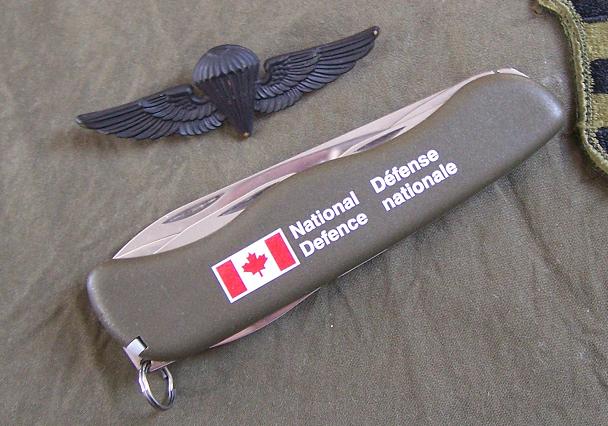 Since then I have added a few other military branded knives to my collection.  I think that my father and his sergeant, wherever he is would also be proud of this Centurion!